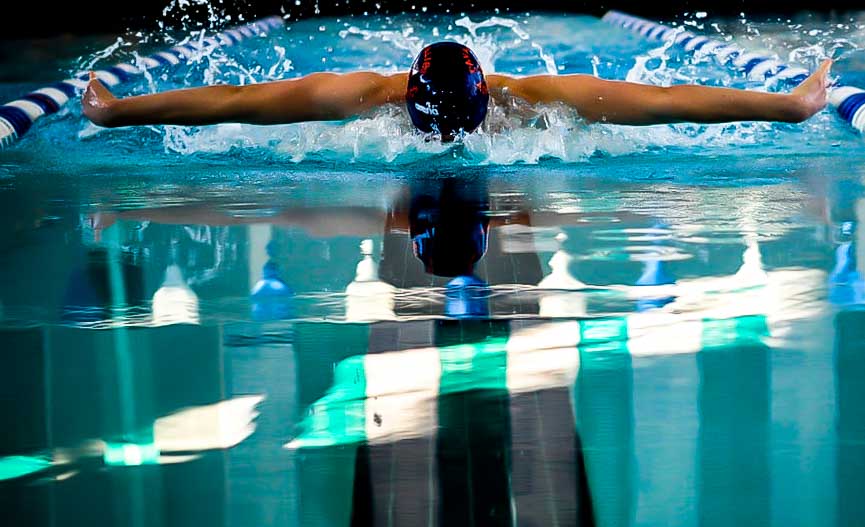 Heilman dropped over seven seconds to break the previous NAG by just a few hundreths, with his time of 3:51.46. He defeats Tyler Lu's NAG from 2018. Archive photo via Jack Spitser/Spitser Photography

Heilman swam the time Saturday at the Cavalier Aquatics Winter Invite. He dropped over 7 seconds from his previous best time of 3:58.73, set in 2020. This is not a prelims/finals meet, meaning Heilman won’t have another opportunity at this meet to drop even more time.

Heilman has broken National Age Group Records across all of USA Swimming’s age groups, but his more recent improvement in races that are 200+ yards or meters coincides with training under his new coach, Gary Taylor. Taylor was formerly the head coach at Auburn, but had his greatest collegiate success working with the distance group at NC State.

Heilman was SwimSwam’s 2021 Swammy Award winner for male 13-14 swimmer of the year.

he swam a 48.8 in the 100 fly at the same meet. makes you wonder what he could have swam if he did this race at juniors

This kid is amazing.

It’s like a race to see if he can get more NAGs before he turns 15 than Gary had transfers from Auburn.
#GoodThingHeIsntAGirl

4
-17
Reply
swimmer
Reply to  The Portal

Move on. This is a tired narrative, and he parted ways with that program almost half a year ago.

Is there anything else he’s swimming this weekend? Might give him some confidence for the 2im if he goes for it.

He only has a couple more weeks before he turns 15. I wonder if he will try to swim the 50 again since he was so close.

Maybe even Paris at this rate

maybe but i think LA is going to be his olympics

Riiight! My 50 free wasn’t even that fast at that age.