The Facts and Fiction About Tom Jager’s Unusual Training 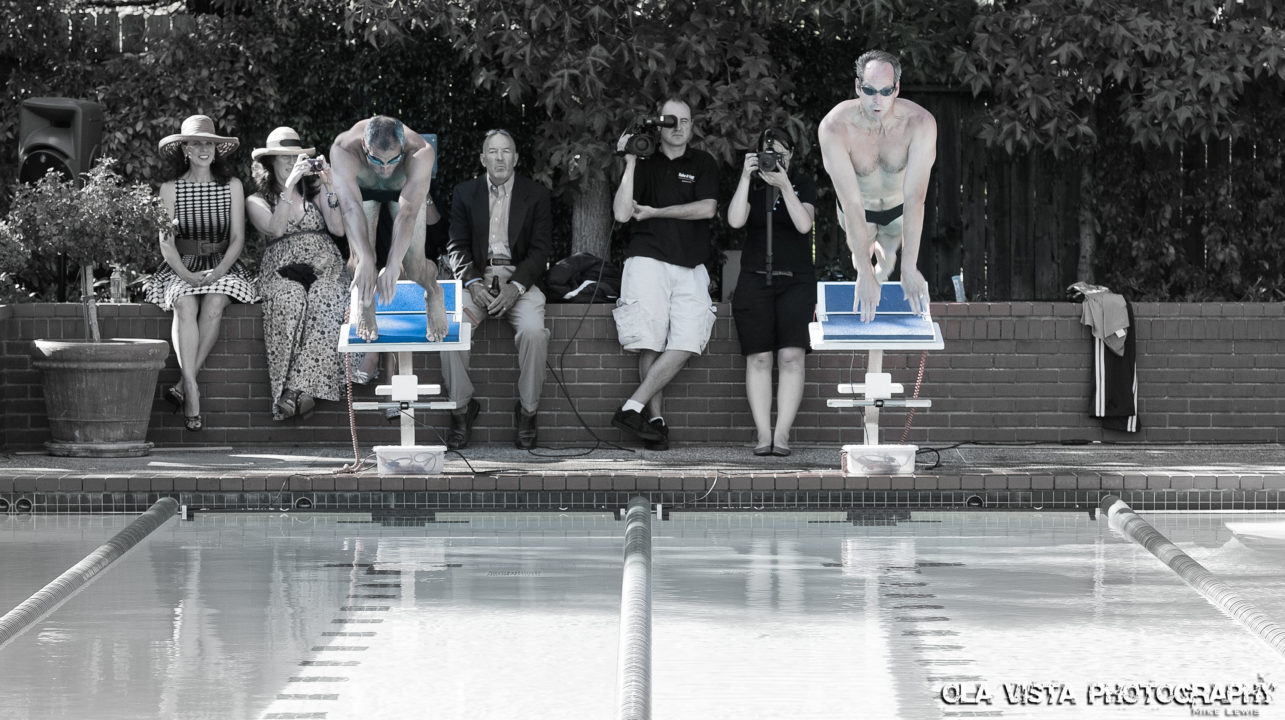 The way Jager trained in his heyday seems now like the precursor to Ultra Short Race Pace Training. But, in reality, he just didn't want to put in the time. Archive photo via Mike Lewis/Ola Vista Photography

Gary Hall Sr., shares an article showing anatomical differences between those who suffered Swimmer’s Shoulder and those who did not.

Can Stationary Swimming Be Beneficial To Your Training?

This type of swimming can’t replace your regular training, but it works as a substitute while traveling to places where only small pools are at your disposal.

With the world shutting down, we’re reaching into our archives and pulling some of our favorite stories from the SwimSwam print edition to share online. If you’d like to read more of this kind of story, you can subscribe to get a print (and digital) version of SwimSwam Magazine here. This story was originally published in the 2019 Summer Preview edition of SwimSwam Magazine.

Tom Jager had long dreamed about moving to Aspen, Colorado. He and his wife, Becky, and their kids had visited throughout their lives together, and he called it “a place of solace” for the family. Their dream was always to live on the side of a mountain and relax.

When he left his head coaching job at Washington State University over the summer and had the opportunity to run the club team with Becky at Aspen Swim Club, he jumped on it.

He gets in the club’s 100-meter pool (twice the length of an Olympic pool) every other day, he told SwimSwam magazine in a recent interview.

“They used to have buoys and a rope,” he recalled. “It was so nontraditional swimming that I loved it.”

He added: “When we were able to retire here and kind of move here and slow things down, this was the place. We swim every other day.”

However, he added, he doesn’t take any strokes. If he lifts his shoulders over his head, he pays for it the following day.

“I walk around like the other 80-year-old guys,” the seven-time Olympic medalist joked. (He’s actually 54.)

As head coaches, Tom and Becky are in charge of sets for swimmers of all ages. Sometimes they switch off on the older kids, but Tom said the goal is to give everyone attention.

He said he often thinks of workouts he would’ve enjoyed — or not — when he’s writing out sets.

“I often think, ‘Man, I would’ve done this,’” he said. “I think I would’ve loved the workouts that I write.

“Then there’s also time when I’m training my [distance] kids, going, ‘Hey man, this just came out of my head, and I feel bad that I’m delivering it to you, because I can’t imagine.’”

Jager said that every day the team works on three major points. First, they work on their intensity and race-pace training. Second, they focus on slow, deliberate, perfect strokes. (Don’t forget: They’re training at an altitude of 8,000 feet, so even when they seem as if they’re going slowly, they’re working pretty hard.) And finally, there’s an endurance component to their workouts to get their hearts and bodies in shape.

But could the coach Jager is these days have coached the hotheaded 23-year-old he was? Jager described himself as a young swimmer as “a pain in the butt, probably.”

“I had great people around me — great friends, great teammates. But I was pretty obnoxious and pretty stubborn,” he said, adding: “I could be difficult, definitely. I don’t know if I could coach myself.”

The way Jager trained in his heyday seems now like the precursor to Ultra Short Race Pace Training. But it didn’t start out as a newfangled method to get faster — Jager simply didn’t want to put in endless hours at the pool.

When Jager’s college career was coming to a close, he was starting to grow up. His sense of independence was growing stronger, and he didn’t want to listen to his coach on deck. He was complaining about a workout (“in typical fashion,” he said). His coach told him, “Hey, Jager, as soon as you break a world record, you can tell me how to coach.”

He broke the 50-meter freestyle world record about eight months later. He sauntered into practice, ready to decide his own workout for the day. Jager offered his coach a new challenge.

It was a set they often returned to in the middle of the season. When Jager and Matt Biondi were vying to be the first to break 22 seconds in the 50 free, Jager’s main Wednesday set was a 500-meter warmup followed by 10 50s — no breath, all out — and he would be required to hold between 22.9 and 23.5. It was a 50-meter pool at 5,000 feet, and each lap started from the blocks, he said.

In his best set, he held 23.3, which typically was about eighth place at nationals those days.

He never warmed down. He didn’t believe in it at the time. His total workout was under a half-hour. Of course, he was coming off a dryland workout, but he still wasn’t in the water very long.

“I wanted to get the hell out of there,” he said. “That was the original goal: ‘I want to be someplace else, coach. Let me prove to you that I’m ready and get out of here.’ That was the conversation.”

Sprinters in those days were called lazy because of their different approach to working out. The 50 free wasn’t even included in the Olympics until Jager and his contemporaries spoke up. Europeans and Australians were all for it, but the U.S. was more tentative.

Jager may have accidentally reinforced that stereotype during one memorable summer. He practiced just once, ahead of the 1985 World Championships.

He said he had planned to take a month off, but Nationals (which also functioned as World Championship trials) were in the middle of his break. About five to six weeks in, he saw that Biondi had won the 100 freestyle national title. It angered him. He was in Los Angeles anyway, and his coach had entered him in the 50 freestyle without his knowledge. He drove down to Mission Viejo, raced the 50, and won.

“I guess I didn’t want him getting the headline in the Los Angeles Times while I was sitting on my butt,” Jager said.

He said it was accidentally timed pretty well, because then he made the World Championships team and could roll right into a taper.

But he said it “added to their narrative” about sprinting.

“Somehow, if you had a ‘sprinter’s mentality,’ that meant you were weak or lazy,” he said. “These are things that people told us: We’re lazy, selfish athletes. I was offended totally by that. I think what has come from that is that people understand that my work ethic, Biondi’s work ethic. Nathan Adrian, these great sprinters, they have a work ethic. It just might not be the same as ‘put your head down and go for five hours.’”

“I went my best time in the 100 free,” he recalled. “What had happened that summer is: You get about 2 1/2 months to train for your summer training. I took about a month off” — to marry Becky — “and when I came back, I did nothing but swim easy. We took away the clock. Nothing timed, just all on feel and all on percentage. Mostly on stroke.”

He said that kept him accountable in his own training.

It worked. At the World Championships in Madrid, he won the first 50-meter freestyle and took bronze in the 100.

All told, Jager earned two individual 50 free Olympic medals, a silver and a bronze, plus five relay gold medals. He won two gold medals in the 50 free at Worlds, in 1986 and 1991. His world record stood untouched for a decade, though he set it six times throughout his career.

All 3 comments had me LOL!!! Thanks

**Hanser Garcia has entered the chat**

What a king. Technique of an age grouper, goes 48 low.

If he has **average** starts, turns and flutter kick, this guy wins Olympic gold.

What happened to that guy after 2012? To me, he appeared out of nowhere in London and disappeared afterwards.

We grew up with him Absolutely true he was awesome

Here is a story from Indiana HS swimming in the 1960’s that was shared before some time ago, heard from one of my coaches who swam breaststroke at the same time (I started in 1968 – a late bloomer). In February 1967, Dennis Stites of South Bend Central won the state 50 free in a record 22.0 (this was still before the days of 100’s or 1000’s of a second timing – just stop watches). The American record at the time was Mike Austin at I believe 21.0, so a high schooler at 22.0 back then was pretty good – Steve Clark won the NC2’s at 21.2 that year. So the story goes that Dennis used to practice mainly by… Read more »

One small correction to your story. Steve Clark did win NCAA’s in the 50, but it was his senior year in 1965. It was at Iowa State. I ought to know as I came in second.