The 5 Benefits of Swim-Specific Strength Based Training 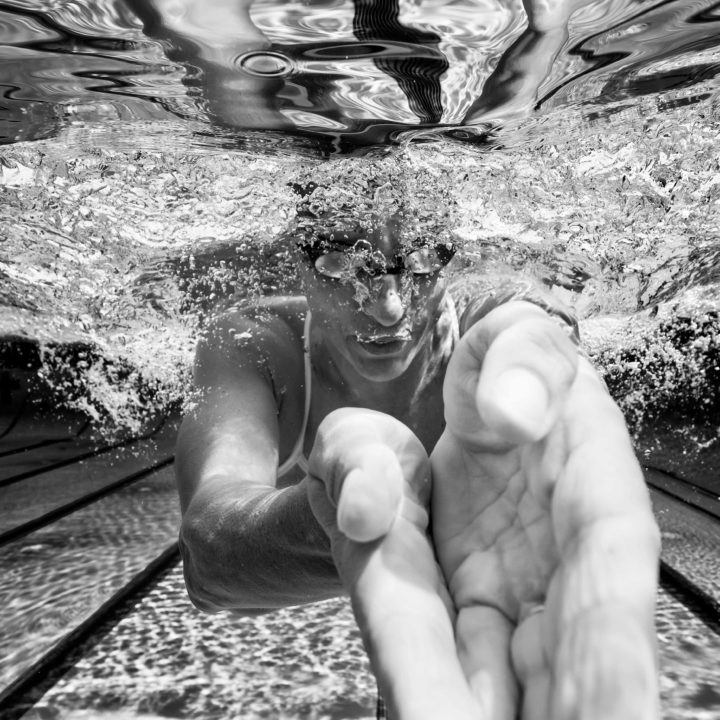 Despite the countless benefits resistance training has for both the athletic and non-athletic populations, misconceptions and misinformation abound. Current photo via Mike Lewis/Ola Vista Photography

Regan Smith cleared a tough double in Indy as the 19-year-old followed up her 2nd place 200 back with a big win in the 100 fly.

Mack had set a personal best time of 53.78 in the prelims before her 54.0 winning final time, making her the fourth-fastest American this season.

Resistance training has been the corner stone of physical and athletic development for decades. Once the potential for increased performance in sports was realized and harnessed – researchers, strength coaches and the world audience alike have yet ceased to be amazed at the athletic feats some have achieved as a result of proper strength and conditioning.

Despite the countless benefits resistance training has for both the athletic and non-athletic populations, misconceptions and misinformation abound. This being the case, especially in the swimming community, many coaches and parents are found saying things like “I don’t want my swimmers to get big and bulky” or better yet “they’re swimmers not football players”. With such ideas floating around, being a strength and conditioning professional presents itself with an inherent challenge – building buy-in.

In this article, we are going to touch on 5 (of the many) benefits of swim-specific strength training. As there are many more ways to skin the cat, so to speak, you’ll just have to stay tuned for future articles for a continued discussion

Regardless of the sport you participate in – you may at least know someone who has had an injury that either jeopardized their season or even their careers in the sport they love, if not yourself. As a strength coach we wear many hats, one being the ‘investigator’. One specific question would be, “Do you have any injuries I should know about?”. Let’s be honest, there are many individuals both within the athletic realm and general population, that have caused themselves great anguish pushing past old nagging injuries making them worse or creating new ones by un-intelligent lifting habits. So, the question arises, should something that causes so many people further pain and injury be used then to also prevent those very injuries from happening in the first place?

The answer is a big fat YES. Much investigation goes into finding out why someone was injured in the first place. Was it due shoveling your driveway for a single bout of 5 hours in the dead of winter despite not even having an accumulated time of 5 hours in the gym working on your strength and flexibility? Or was it due to an unsupervised (by a professional – your lifting body doesn’t count) strength training routine where you focused subconsciously on muscles you enjoy training rather than muscles you should be training, resulting in nagging overuse injuries?

Wherever you find yourself on this spectrum, strength training should be viewed as the ability to prepare a Wolf Gang Puck quality meal. Yes we all can go to the grocery store and buy mostly the same ingredients yet the meal we prepare will vary greatly from person to person. Strength training should follow an intelligent fact finding and planning period, and only then are you set up for success.

In a nut shell – ask yourself either of these two simple questions:

Competitive swimming requires much from the human body – and so how much can I really push my body even further in the weight room? Without getting into too many specifics, simply put, fortifying the musculoskeletal system by increasing it’s resiliency to imposed demand will greatly affect the body’s ability to prevent injury before it happens. The better the suspension is on your car the smoother the ride and longer the life of the car.

Here is an example of an assessment for shoulder mobility:

We’ve all seen that one all star swimmer who is as efficient and fish-like in the water as humanly possible at his or her age and skill level, yet one step onto “dry-land”, walking in a straight line seems to be the extent of their athletic abilities. There seems to be a huge disconnect between the pocket knife like skill a swimmer in the water compared to the need to be like a Swiss army knife outside of the water. The timeless saying – “Jack of all trades, but master of none” actually takes on a different context here. Experienced/Elite level Swimmers go from mermaids and mermen in the water to what looks like that one scene in Bambi where he first learns to walk.

Much of a well rounded dryland program from youth to college and beyond is focused on increasing the general coordination and overall functionality of their body. The times where we played tag, soccer, basketball, dodgeball and numerous other neighborhood games just for the heck of it are less and less common, and it shows.

Not only does acclimating an athletes overall body awareness help them in other aspects of life but will increase their central nervous’ systems ability to adapt and learn new techniques in the water – essentially making them a better swimmer; a win-win for both swimmer and swim coach.

Sometimes as a coach (not just a strength coach) we are required and often expected to makes leaps and bounds in improvement with our athletes and too often do we receive them into our care with no prior training, making our task that much more…interesting.

Thumper and Bambi embody this relationship very well in just a few seconds when Bambi first experiences walking on ice as mentioned earlier.

Much like coordination, a primary focus of a swim specific dryland program, reaction is a characteristic that can and most certainly should be trained. Think about it as the gas and oil of a car, both are similar in make up but both perform distinct functions in a car. Same goes for the body of an athlete, from the ability to recruit muscles on demand to preventing certain secondary muscle groups from doing the work of larger primary muscle groups. Swimming as a whole requires a robust resume of physical/athletic abilities and reaction trumps many of them as one of the most important to be competitive let alone elite in any sport or discipline.

Reaction, however is nothing without the horsepower to back it up as we will discuss in the next couple of points, however, it’s key that a swimmer can learn to control his mass as it relates to gravity and the effects of inertia, on dry land just as much as when moving through such a viscous fluid like that of water.

An example of a great reaction drill that takes no previous training experience is the “Ball Drop” drill. A fundamental drill in teaching acceleration, coordination and reaction:

Nothing like the sounds of the words muscle, strength, power, speed [and the list goes on], gets me more pumped to go to the gym. This is more than just a feeling however it’s real, measurable and yet another key requirement of an effective swim-specific based training program. Too often is resistance training related to football that we forget why it’s used as an implement in competitive sports to begin with – to be better than the competition.

Much like a game of chess, swimming as an individual sport has less variables than say a game of football or soccer where despite having a play design, many things like defensive schemes and miscalculations can change the intention/outcome of a given play. In swimming there are without a doubt variables to tend to yet once they are established – not much else changes. You spend countless hours and yards in the water perfecting the techniques at different distances and speeds in hopes of shaving off milliseconds from your time and many times to only come up just shy of your personal goals.

Strength training for swimmers is just another variable that adds more room for potential self improvement and chance to outdo your opponent. A very quotable saying that puts things into perspective regarding an effective strength program is this: “How you do anything is how you do

everything”. An elite athlete of any sport will have much of their daily, weekly and monthly routine organized yet many times we see that not all variables are met with the same behavior. Essentially their strength program sucks.

I dare you to try and say this next sentence in one breath: The ability to produce enough power to overcome the effects of inertia on your body all at the sound of a single beep, to extend your entry point into the water to then preserve energy upon entry and then recover from your own body’s momentum and wave once in and out of the first turn is hugely dependent on your overall mobility and strength. Simply put, increased strength and power will improve upon those few variables (reaction/coordination) that, at a certain point, just don’t improve anymore. (Note: If you’re in the pool before way before everyone else, you’ve probably reacted TOO early)

A Ferrari is not a Ferrari without it’s unique engine. Yes it’s beautiful, shiny and just nice to look at, but that doesn’t get you from point A to point B now does it? At it’s core, strength training for swimmers is to build a bigger and more efficient engine. The swimming is done in the pool, so when a swimmer is in the weight room the focus is on the potential gaps in performance. No, we’re not talking about Crossfit or even powerlifting here, we’re talking about laying a foundation of strength and anaerobic/aerobic power that gets you pushing through the water. If you are pacing behind or simply on the last leg of an IM, without that engine to push the pedal to the metal, you’re likely to underperform.

We as strength coaches are the mechanic and auto body professionals that will aid you as the driver, to go for the gold!

Last but not least, why is it that strength training is good for swimmers when programmed appropriately? As briefly mentioned in the outset of this article – individuals of both athletic and non athletic goals and backgrounds will see immediate and long term benefits of an intelligent resistance training routine. But since we’re all here to be better swimmers – your physical longevity and ability to adapt to varying demands will improve. Whether it’s a new coach or program that loves a ton of yardage/volume that you may not be accustomed to or a program that makes you swim a particular style you haven’t mastered yet making you feel slower than the person in the lane next to you etc, your mind and body will be up for the challenge.

The next step after informing yourself of the benefits of a smart dryland program is actually finding one. Check out RITTER Sports Performance as a reliable online source of strength and conditioning for any age/experience level and regardless of where you live.

You owe it to yourself to outperform the competition!

RITTER Sports Performance helps swimmers go faster and coaches get better, worldwide. Through our online resources on strength training, stroke technique, swim-training or race analysis–RITTER is ready to help you take your swimming to the next level. Are you?