The 1976 Summer Olympic Games of Montreal 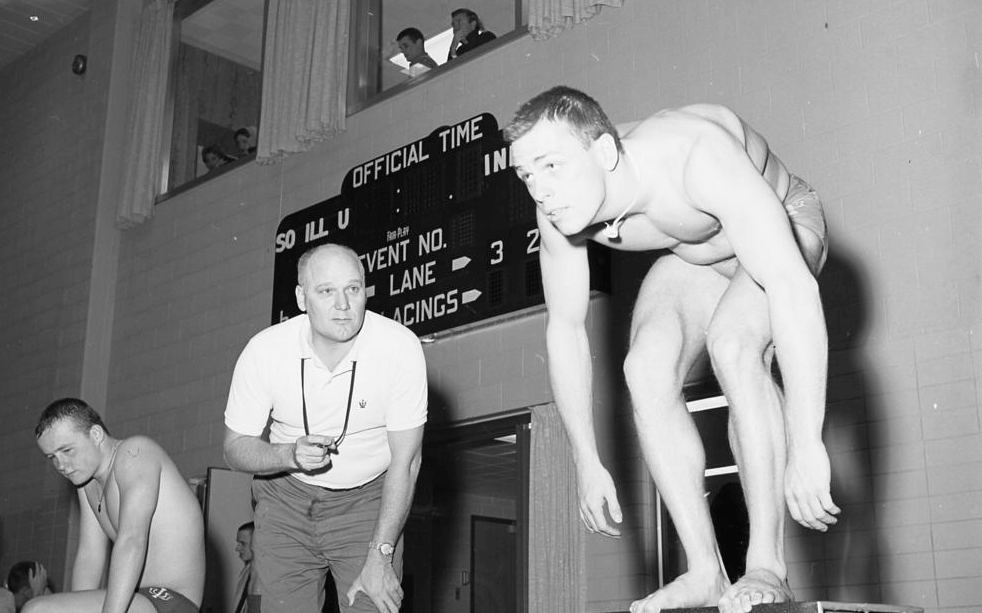 Part I: The Assembly of the Olympic Team

The 1976 Olympic Games of Montreal, Canada, produced two of the most fascinating stories in the history of Olympic swimmers. One was provided by female Olympic swimmers with the USA women’s 4 x 100 freestyle team on the final day of competition, overcoming almost impossible odds to defeat the drug-enhanced East German swimming team, winning the gold medal. The entire story is documented in a feature-length film released in 2016, called The Last Gold. If you have not seen this documentary yet, you should watch it on one of the movie channels. It is one of the most extraordinary examples of human will that you will ever see. It was perhaps the gutsiest Olympic swimming performance ever.

The other remarkable story was from the male Olympic swimmers with the entire performance of the USA men’s swimming team, of which I was a proud part. The degree of success and dominance of the USA men’s swimming team in those Olympic Games was about as unlikely as the women winning the 4 x 100 freestyle relay. Sports Illustrated, in their customary pre-Games predictions, had the U.S. Men’s team winning about half of the swimming medals in those Olympic Games. That would have been pretty impressive, but that is not what happened. It was through the brilliant coaching by arguably the greatest swim coach of all time, Doc Counsilman, and the unlikely props of an American flag and an old broom, that the U.S. men’s swimming team far exceeded everyone’s expectations.

Doc never took the credit for the success of the 1976 men’s Olympic swimming team. He always said it was a team effort, which it was. Yet all great teams start with great leadership, and Doc provided all of that.

When the men’s team assembled in Long Beach after the final day of the Olympic Trials at Belmont Plaza pool, Doc wasted no time putting his plan into action. He told the 27 men, still jubilant from having made the Olympic Team, to send all of their collegiate and club T-shirts home. No swimmer or coach was allowed to wear them. Instead, he passed out Team USA shirts. No one understood the importance of this move better than Doc.

“Wear these proudly”, he told us. “From now on, you are part of one team, Team USA”.

Quite a few of the 27 members of that Olympic Swimming Team had ties to the two best collegiate swimming programs of those days, the University of Southern California and Indiana University. There was no love between those two rival schools. Combining so many swimmers from both schools could have been disastrous. Doc had witnessed college cliques that had formed on previous Olympic Teams, eroding the team spirit. He was not going to let that happen.

His next move was perhaps one of the most brilliant. In the same meeting, even though he had been named officially as Head Coach of the men’s team, he proclaimed that he was not the Head Coach. Instead, he told us that our Team had three head coaches, naming George Haines (coach of Santa Clara Swim Club) and Don Gambril (coach of Long Beach Swim Club) as his Co-Head Coaches. There were no assistant coaches. They were all three Co-Head Coaches.

Further, for the subsequent five weeks of Olympic training camp, Doc allowed each swimmer to pick whichever Co-Head Coach he wanted to train under in preparation for Montreal. By the time we reached Canton, Ohio, for our training camp, each of us had settled comfortably with the coach in which we had the most confidence. Instead of one Head Coach with 27 swimmers and two assistant coaches, each Co-Head Coach ended up with 8-10 swimmers for the Olympic training camp and provided individualized training and support for each one. No one felt left out. Everyone was happy.

The men’s Olympic swimming team elected Steve Furniss (USC) and me (Indiana U) to be their Co-Captains. It was not a coincidence that the two Co-Captains elected were from the two rival schools and also swam on the same summer club swimming team together. Steve and I got along well, even though we were from rival schools, and everyone knew it. Our job was to make sure everyone else got along, and that we did.