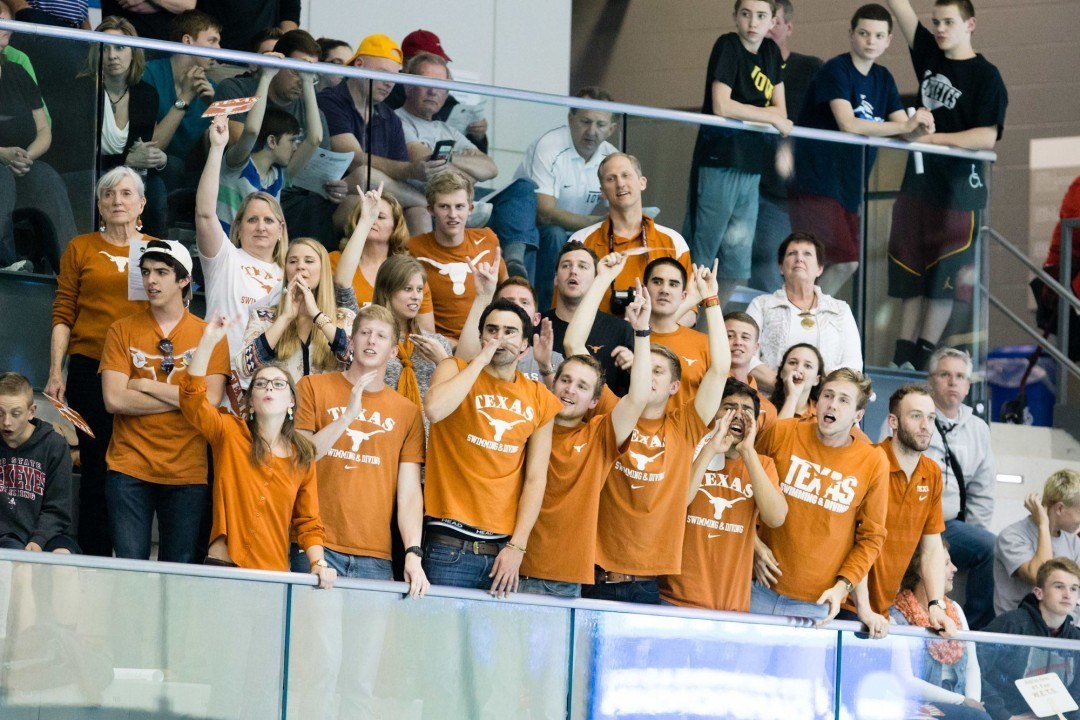 The Texas Longhorn men continue to roll toward an NCAA title defense, adding a third NCAA-qualifying diver on the second day of the Zone D Championships. Archive photo via Tim Binning/TheSwimPictures.com

The Texas Longhorn men continue to roll toward an NCAA title defense, adding a third NCAA-qualifying diver on the second day of the Zone D Championships.

This time it was Sean O’Brien who added his name to the NCAA qualifying list for Texas, joining Mark Anderson and Cory Bowersox, who both qualified yesterday and doubled up on qualifying performances today.

Their chief rivals Cal have no divers qualified as of yet, and neither do NC State, ranked second based on the swimming psych sheet scores.

Minnesota also continued to stack its NCAA roster, adding one more male and one more female diver. Yu Zhou won her second event with the 3-meter springboard, remaining perfect at the meet so far. Meanwhile Lexi Tenebaum earned an NCAA bid in 4th, and Manny Pollard joined the list on the men’s side in 5th.

Texas A&M’s Sam Thornton won the men’s 1-meter in a great day for the Aggies, host of the Zone D meet. He earned a new NCAA bid as well as women’s 3-meter runner-up Madison Hudkins.

The full list of qualifiers is below. 7 women and 8 men will earn NCAA reimbursement out of Zone D, and the rest of the names on the list are eligible to compete at NCAAs on their school’s budget.