Texas Gets Two Into 1-Meter A-Final on Thursday; Utah/Auburn Score Big in Consols 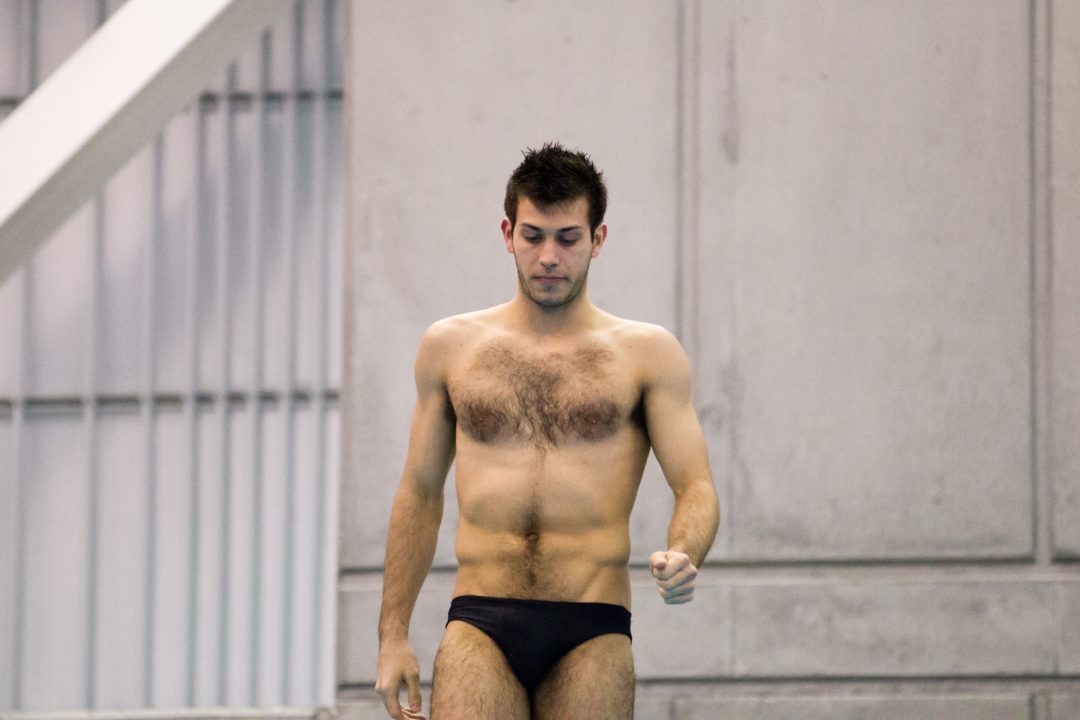 Nick McCrory of Duke is the top seed in the men's 1-meter from Thursday morning.

The Texas men, who were up big over seed in the swimming events, continued to push forward with two of the top three seeds coming out of the prelims of the men’s 1-meter, which puts them in great position to compete for the team title.

Michael Hixon (404.80) and Cory Bowersox (380.05) were the 2nd-and-3rd seeds, respectively, with Bowersox tying Stanford’s Kristian Ipsen for that 3rd spot.

All are chasing Duke’s Nick McCrory, who will be tough to beat in finals as the defending champion.

The next best 8 all dove in the consolation final, which has already completed, meaning that the first points of the meet are on the board.

The standings after the consolation final of the 1-meter are as follows, though these points won’t officially count until after the championship final is over:

Those points don’t seem right… where there only 7 guys in the consoles?

Hulk: There are still 8 consolation divers. Auburn scored two divers in consols for 4 and 5 points, which equals 9.