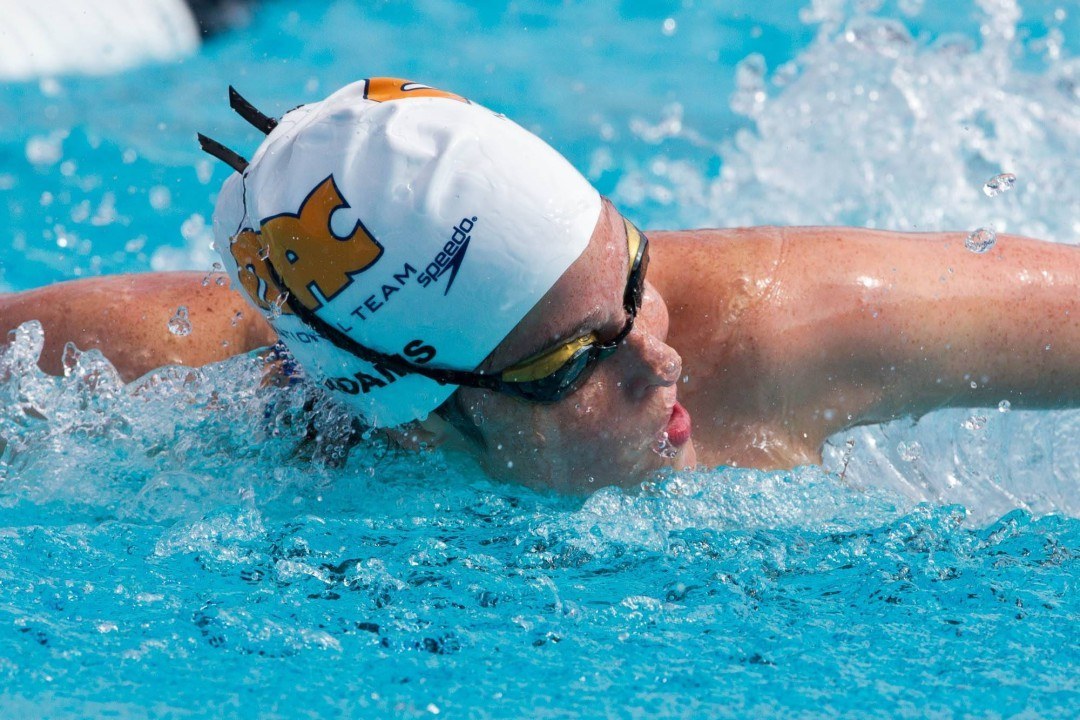 Cammile Adams earned her first career captaincy, as the heavily-represented SwimMAC Carolina earned 3 out of the 4 positions. Archive photo via Tim Binning/TheSwimPictures.com

USA Swimming has named its four captains for the squad representing Team USA in Perth, Australia this weekend at the BHP Billiton Aquatic Super Series, and SwimMAC Carolina will be heavily represented.

Cammile Adams and Madison Kennedy were both elected women’s captains out of David Marsh’s Team Elite squad, and Cullen Jones was named a men’s captain. The lone dissenter is Darian Townsend, who trains in Arizona – he will join Jones as the men’s captains.

The most interesting of these nominations, decided upon by the 27 members of the team, is Townsend, who was only recently even eligible to represent Team USA after earning his American citizenship weeks before the 2014 Summer National Championships.

“It was totally unexpected to be named a team captain in just my second international event representing the U.S.,” said Townsend. “It’s a huge honor to even be named on the team roster, let alone be voted a captain.”

In reality, all four selections are very interesting, and are new opportunities for all of these swimmers – among whom only Jones has an Olympic medal representing the United States. Adam was a 2012 Olympian, Kennedy is a sprint star who is both one of the veterans and one of the truest incarnations of the “professional athlete” in USA Swimming, and Jones has four Olympic medals on his tally, including two relay golds and a silver individually in the 50 free from London.

Townsend also has an Olympic relay gold, but it was earned while representing South Africa in 2004.

The SwimMAC voting bloc is powerful on this team, with 9 members (exactly one third of the roster) hailing from the Charlotte club. The second-most represented clubs were a tie between the New York Athletic Club (which is not actually a formal training group) and Stanford with three each.