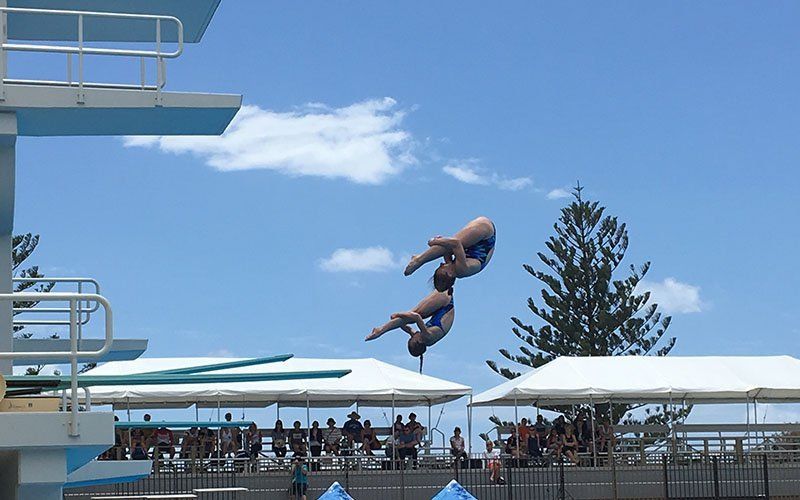 Hattie specializes in platform diving, which will shore up the Tennessee Volunteers’ weakest diving event from last season.

In the women’s 3-meter final, Palmer scored 296.75 points Saturday to take home the bronze medal, finishing 10.00 points behind China’s Huang Xiaohui, who won the gold. The Nevada native dove a front 2 ½ somersaults with 2 twists for 68.00 points and followed up with a front 3 ½ pike for 65.10 points. Australia’s Alysha Koloi placed second with 300.30 points, just 3.55 points ahead of Palmer.

Reedy joined Palmer in the women’s 3-meter synchro, where the pair earned the silver medal for Team USA after scoring 252.90 points, just 10.80 points shy of Australia’s gold medalists Ether Qin and Georgia Sheehan. The pair’s strongest dive came in the third round for the Americans when a front 2 ½ somersaults with 2 twists scored 56.10 points. Germany’s Lena Hentschel and Tina Punzel finished competition at third with 229.80 points.

What a fine showing from both the experienced internationals (Boudia) and from the up and comers!