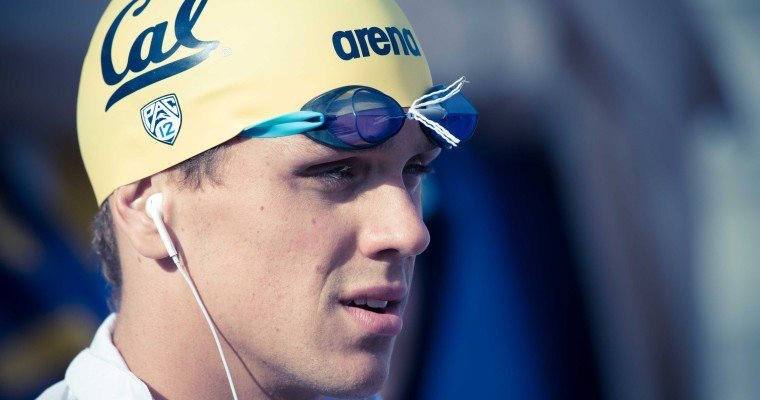 Tom Shields topped Olympic gold medalists Ryan Lochte and Michael Phelps to win the 100-meter butterfly.Shields posted a time of 52.12 seconds to earn the victory in the 16th-fastest time in the world this year. Current photo via Mike Lewis/Ola Vista Photography

Jaeger posted two top-10 times en route to his three medals in Charlotte. The Club Wolverine swimmer opened the meet with a win in the 800m freestyle, touching in 8:00.23 before earning a second win he 400m free in 3:46.30 – ninth-fastest in the world this year. Jaeger closed out the meet with a winning time of 14:58.13 in the mile – good for third-fastest in the world this year.

Also making headlines in Charlotte was Arena’s Tom Shields who bested Olympic gold medalists Ryan Lochte and Michael Phelps to win the 100-meter butterfly.Shields posted a time of 52.12 seconds to earn the victory in the 16th-fastest time in the world this year. Lochte was second in 52.52 while Phelps was third in 52.59.

U.S. Olympian and #TeamArena swimmer Cammile Adams also earned a spot on the podium with a silver medal in the 200m fly in 2:00.76.

Arena is the proud title sponsor of the Arena Pro Swim series, a six-stop swim series providing fans across the nation with the opportunity to watch the stars of the pool as they prepare for the year’s major international event. Arena is also the exclusive outfitter of the U.S. National Team, exclusive suit sponsor of FINA and of the upcoming FINA World Championships in Kazan, Russia.

Swimming News is courtesy of Arena, a SwimSwam partner.