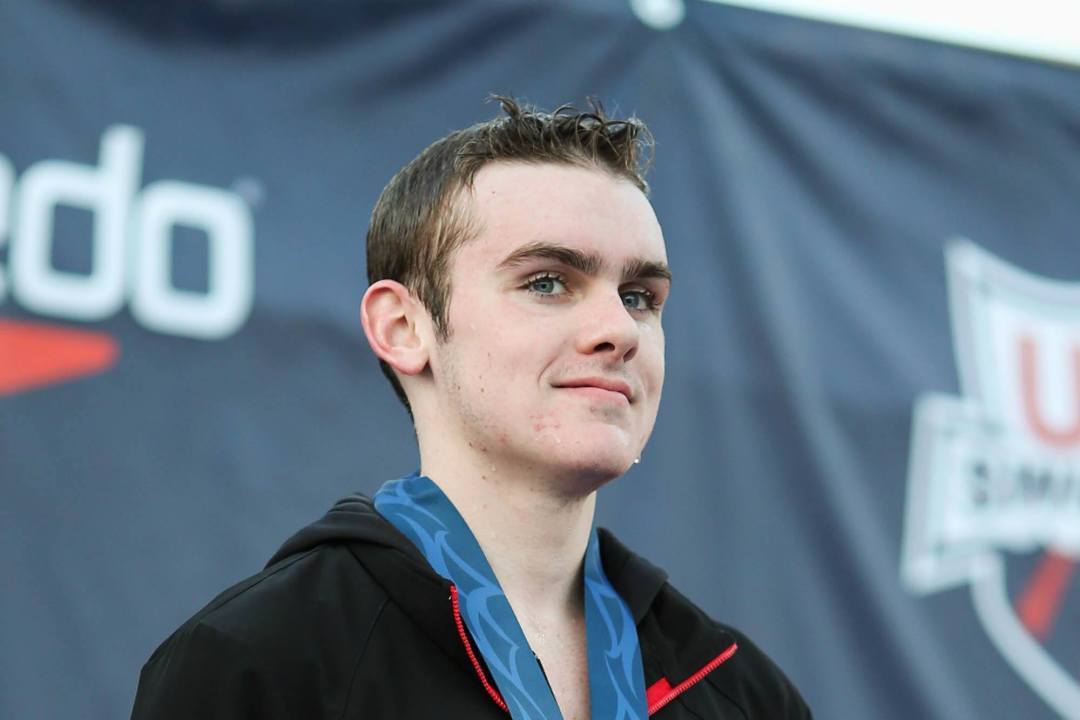 Nitro's Taylor Abbott (above) won Team USA's only individual medal at the 2014 edition of this meet. Archive photo via Tim Binning/TheSwimPictures.com

USA Swimming has announced 11 swimmers who have been chosen to compete at the third edition of the FINA World Junior Open Water Championships.

The event is scheduled for July 16th-18th in Hoorn, the Netherlands, after the venue was changed from the meet’s original host location in Mexico.

Swimmers are assigned based on their age as of December 31, 2016, with up to 2 male and 2 female swimmers eligible for each age group – USA Swimming used up all of its allotted spots aside from one in the male 14-15 group. Whereas the 10k is usually the priority selection race at the U.S. National Open Water Championships, for this race, the two best 14-15s from the 5k were chosen instead. In the older age groups, the top 2 finishers in the 10k was used.

A further limit was placed that a swimmer must be in the top 7 of their relevant age group in the relevant race to be chosen, and must be within 10 minutes of the first available swimmer in their age category.

There will be a team event at this meet as well (at the last edition it was a 3km group swim), and the Head Coach is responsible for selecting the participants in that race.

The first version of this meet was held in 2012 in Canada, and the second version were originally set for Eilat, Israel, but because of the political situation there at the time were moved to Lake Balaton, Hungary. This year, unlike in 2014, there are three separate age groups (instead of the prior two), and a 10km race introduced for the first time. American Taylor Abbott, also on this year’s team, won the 16 & under 5k race in the last version. He was the Americans’ only individual medal in that race, and combined with Simon Lamar and Kylie Mitchell to win a bronze the co-ed 16 & under 3km race.