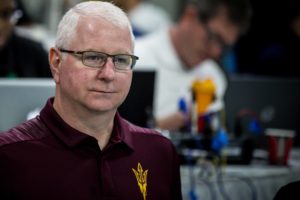 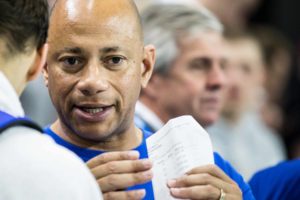 Greg Meehan’s past, present and future Stanford women won half the events at the Indy Pro Swim Series, including a sweep of all the freestyle events.

SwimSwam’s Tim Binning was on deck to capture the emotional final day of the 2018 NCAA D1 Women’s Championships.

Simone Manuel Confirms She Will Go Pro, Continue to Train at Stanford (Video)

We previously reported that Simone Manuel will not see out her NCAA eligibility, and she confirmed Saturday night that she will go pro and continue to train at Stanford.

This year, Stanford was unstoppable, sweeping the relays and finishing the meet a full 220 points ahead of second-place Cal. For that, Greg Meehan was named the Collegiate Swim Coaches’ Association of America (CSCAA) Division I Women’s Coach of the Year.

Greg Meehan: “That 200IM was one of the best swims I’ve ever seen”

SwimSwam’s Tim Binning (theswimpictures.com) caught all the action on night 1 of the 2018 Women’s NCAA Championships.

Defending champ Simone Manuel will look to go 3-for-3 in the 100 free at her final NCAA Championships.