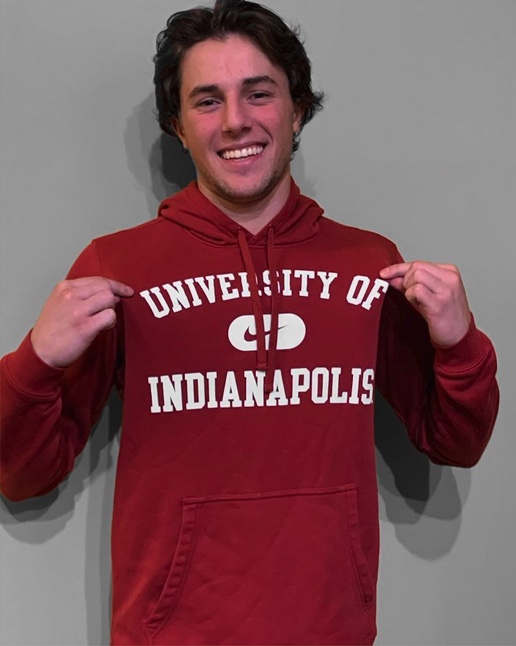 T.J. Bragg, a senior at North Canton Hoover High School, has verbally committed to the University of Indianapolis for the fall of 2022. Current photo via T.J. Bragg

Futures qualifier T.J. Bragg has verbally committed to the University of Indianapolis.

“Excited to announce my verbal commitment to continue my academic and athletic career at the University of Indianapolis. I know UIndy will be a good fit for me. I would like to thank my parents, family, coaches and friends for all the support throughout the years. Go Hounds!”

Bragg has a USA Swimming Futures cut in the 100 butterfly. His best short course times are:

The University of Indianapolis is a Division II school, and a member of the Great Lakes Valley Conference. The men’s team placed second out of 10 teams at the 2021 GLVC championships, behind Drury University. At that meet, Bragg would’ve made the top 30 in the 100 butterfly.

With the exception of Taylor, every single swimmer who performed better than Bragg’s time in the 200 freestyle will either have graduated or will be a senior when Bragg joins the team in the fall. With an older 200 freestyle base, Bragg can compete for a top position in that race early on in his UIndy career. He’ll also be training with Cedric Buessing, a current freshman who has already put up this season’s fastest time for the team.