Swimming The Same Event In Five Olympics: A Feat For Few 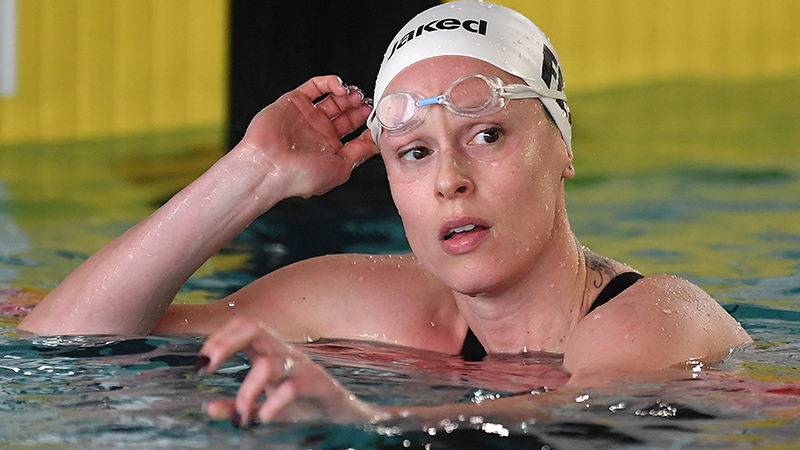 After qualifying for this summer's Olympics in the women's 200 free, Italian legend Federica Pellegrini joins an exclusive club of athletes. Archive photo via © Andrea Staccioli/Deepbluemedia/Insidefoto

During the Italian National Championships in Riccione last week, Federica Pellegrini confirmed her Olympic roster spot in the women’s 200 free. She will make her fifth straight appearance in the event at the Olympic Games.

Pellegrini will join an exclusive club of 10 who have competed in the same swimming event five times at the Olympics. Instagram’s Swimming Stats page has published the complete list, Pellegrini included.

It took 25 Olympics before a swimmer managed to accomplish this feat for the first time: Brazil’s Rogerio Romero, who raced the men’s 200 backstroke from 1988 to 2004. Interestingly, in 2004, Romero, Denmark’s Mette Jacobsen, and Great Britain’s Alison Sheppard became the first swimmers to compete in five Olympics. Only Romero, however, managed to swim the same event all five times.

Also appearing on the list are Turkey’s Derya Buyukuncu and Sweden’s Therese Alshammar. They both made six Olympic appearances, appearing in the same event in five of them.

Michael Phelps is the only swimmer to appear in five finals of the same individual event: the 200 fly, from 2000 to 2016.

There is the case of Great Britain’s Mark Foster, who swam the men’s 50 free in 1988, 1992, 1996, 2000, and 2008. A silver medalist in the event at the 2003 FINA World Championships, he was not added to the British Olympic roster in 2004 in what was regarded as a controversial call. Otherwise, he could have became the first swimmer to appear in the same event six times at the Olympics.

And then there is the case of Dara Torres. She made five appearances in the women’s 4×100 free relay, from 1984 to 2012. If it wasn’t for two retirements, she could have made eight appearances. Anyhow, she is the only swimmer in history to win five Olympic medals in the same event.

Of course, there are other swimmers who can join the list next summer.

Chile’s Kristel Kobrich has swum the women’s 800 free in four Olympics and is already qualified for her fifth appearance at the Games this summer – though she has only hit the FINA ‘A’ cut in the 1500 free so far. Tunisia’s Oussama Mellouli has swum the men’s 1500 free in the last four Olympics, but still has to hit the qualifying standard in order to compete in Tokyo. American Ryan Lochte will have two shots at the U.S. Olympic Trials, having raced the men’s 200 IM and 4×200 free in the previous four Olympic Games.

But, as for today, the only swimmer confirmed to make her fifth appearance in the same event in Tokyo is Federica Pellegrini, maybe the greatest swimmer of all time in the women’s 200 free.

Will any swimmer, some day, compete in the same event at six different Olympics?

If Lochte can qualify for the Olympic team and win a medal, he will break the tie with Dara Torres/Jenny Thompson/Natalie Coughlin and become the second-most decorated US athlete in Olympic history.

The boycott on The 80s on both sides Hurt some swimmers participation? Salkinov was badly affected not Being able for first swimmer with 3 consecutive golds

and then Phelps came along and made the record 4 lol, Sometimes I think he has an extended young adult life span or something

*The* greatest 200 freestyler of all time would suffice 😉

She’s probably the women’s goat in this event, but I think it’s a tougher question when you talk about men and women’s events. What about Thorpe? He put up times 20 years ago that would still win world titles today. He absolutely dominated the field. Hoogie, who’s also considered one of the Goat freestylers was the only one who could challenge him.

I just don’t see how Fede is outdone when you weigh up all the factors: WR holder, Olympic Champ, 4x LC World Champ, 8 successive medals in the 200fr at Worlds, 4x LC Euro Champ. Some match her class, some match her longevity, but nobody else has combined the two like Fede imo.

In terms of hardware, no man has ever won more than one Olympic gold in the 200 free, nor has anyone won more than two World Champs golds (only Michael Gross, Ian Thorpe, Michael Phelps, Sun Yang* have 1x Olympic Gold, 2x World Gold). So Pellegrini has all the men beat in this regard.

I guess the argument for Thorpe is that he was so out of the world that even 20 years on, his times put everyone else to shame.

Pellegrini’s best without a supersuit is the 1:54.2 she put up at last year’s Worlds, which certainly doesn’t have the same wow factor as 1:44.06 done 20 years ago (although the fact that she was 30 when she… Read more »

All that said, I don’t really like judging on times – Too much changes generation to generation.

Pellegrini also “only” has one Olympic gold in the 200 Freestyle from 2008 and hasn’t medalled since then. It is an event that has had no repeat winner on the men’s or women’s side as far as I know.

Franziska van Almsick was a good 200 Freestyler and should be mentioned here as well.

No Rafael, PVDH also has gold and silver. But by no means he stands up to Fede in longevity and consistency (he was more a 100 freestyler though).

I was talking about women only..

Didn’t Laszlo Cseh make the Hungarian squad for his 5th team? I’m pretty sure he’s another one.

Edit: never mind his spot is not Guaranteed until after mid June with euros coming up.

If I were going to pick one event NOT to do in 5 straight Olympics, it would be the 200 fly.

I think what stands out about Fede’s record is her longevity in an event where most swimmers, for various reasons, tend to stay on top for no more than 2 olympic cycles.

Yes, the 200m is one of the most fiercely contested events (sprinters and distance swimmers give it a try)…it is pretty much the blue ribband event for women now…

Sorry to be an American, elitist, snob here. But the true studs on that list are Dara Torres and Michael Phelps. Making five USA olympic teams is much more difficult than making lesser swim powers countries’ teams.

My favorite part about ACC fan’s post is (1) he’s pointing out something factually accurate that carries no controversy and (2) he prefaces it by unnecessarily apologizing for stating the obvious fact.

This is the world we live in.