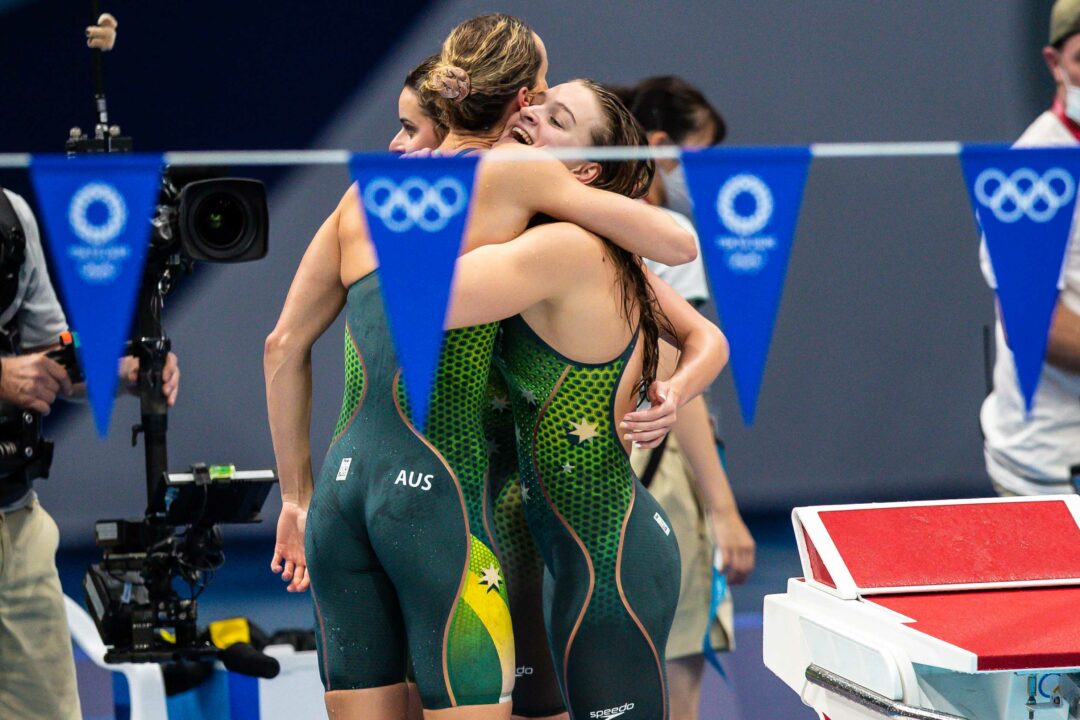 Swimming Australia released its response to a comprehensive report produced by an independent panel concerning ongoing issues specifically related to women and girls’ experiences in all levels of swimming with the nation.

The women’s independent panel was put in place in June of 2021, partly in response to 2016 Olympic medalist Maddie Groves’ ambiguous accusations of ‘perversion’ within the upper echelons of Swimming Australia staff that persisted throughout her career.

Although Swimming Australia says the entire report cannot be released due to maintaining the confidentiality of the more than 150 former and current athletes, parents, coaches, volunteers, technical officials and administrators involved in the 6-month long study, the organization published the 46 recommendations included in the report.

The recommendations span the realms of consolidating and creating consistent codes of conduct, implementing more robust coaching insurance adherence, requiring mental health first aid training and the use of DEXA scans for body composition measurement as opposed to scales.

The major themes of the recommendations include:

Recommendation #26: That Swimming Australia establish quotas for female representation amongst Advanced and Performance coaches to enhance the leadership and pathway development training opportunities.  Best practices examples from World Rugby and AFLW can be used to model SA’s policies.

Concerning the report’s findings, Swimming Australia states that “the feedback [received] was open and frank and there were experiences recounted that were difficult to read.

“Swimming Australia wants to reassure those who came forward that the sport is committed to change to ensure these negative experiences are not repeated and apologises unreservedly to those impacted.”

The organization also notes that it has already started tackling some of the issues, including implementing Women in Performance Coaching programs and ensuring gender equality across its Board and senior management staff.

Soon-to-be-departing Swimming Australia president Kieren Perkins says, “The Swimming Australia Board acknowledges the ultimate collective responsibility and commitment in addressing these recommendations rests with the Board and the Executive Team in delivering and committing to meaningful and enduring change, being transparent and regaining and earning the trust of our athletes and our entire community.

“The Board is committed to leading the organisation through this process of positive cultural change. They look forward to driving long term change alongside the community including the athlete cohort, participants, parents, Member Organisations, stakeholders, coaches and staff.”

If Swimming Australia were even remotely serious about improving the sport for all of their participants, but especially women and children, then they would not hesitate in releasing the full report as per recommendation #46.

SAL released the damming Bluestone 2012 report which paralleled the independent Smith Inquiry. What improvements have they made towards safe sport in over a decade and what and who are they hiding and why?

Madi Groves named Michael Palfrey. He was subject to two separate WAIS/SWA/SAL investigations in 2014. Tim Lane and an unidentified female coach provided evidence, as did swimmers and parents. Palfrey is now head coach at USC, a programme that received serious complaints in the BlueStone Report. Palfrey has now… Read more »

Madi Groves gave a detailed interview for Australian ABC News in which she gives details of abuse she suffered including names of coaches and places.

If you’re talking about the one from December she didn’t name the coach involved in the sexual abuse.

Madeleine /Madeline is usually Maddie . Madison Wilson is a Madi.

It is worth noting recommendation #46 which urges that the report be released in full. Swimming Australia claims to be committed to “addressing each and every recommendation from the Independent Panel report” yet in the same article says they won’t be releasing the full report. How ironic. Continued lack of accountability and transparency.

What are they hiding?