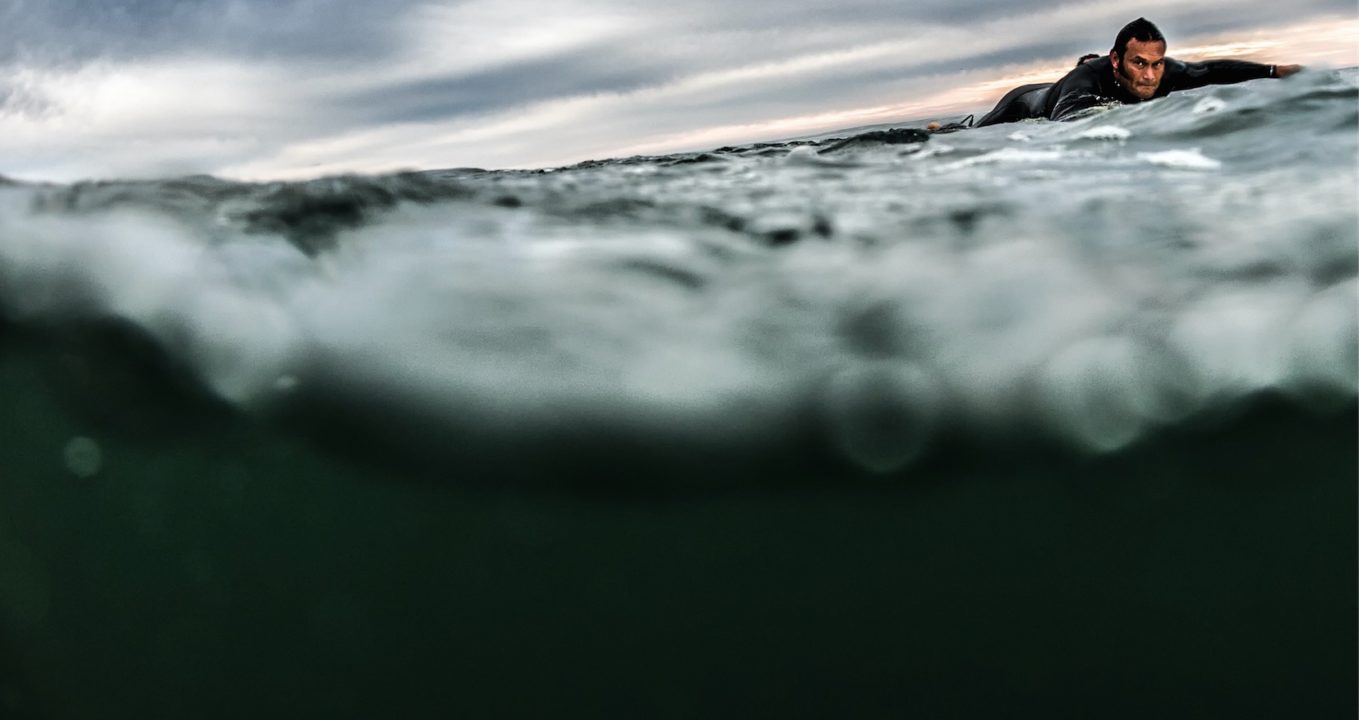 Bower, a former All-American from Tulane University, was on the beach guarding the Galveston, TX during Hurricane Harvey back in August of 2017. Archive photo via Mike Lewis/Ola Vista Photography

With the world shutting down, we’re reaching into our archives and pulling some of our favorite stories from the SwimSwam print edition to share online. If you’d like to read more of this kind of story, you can subscribe to get a print (and digital) version of SwimSwam Magazine here. This story was originally published in the 2017 Year In Review edition of SwimSwam Magazine.

Shortly after Bill Bower graduated from the Galveston Island Beach Patrol (GIBP) Academy program he was on the beach guarding the Galveston, TX shore during Hurricane Harvey. Bower said he “was glad to be willing to contribute in some way. It was an awesome experience watching it come in.” Hurricane Harvey was a Category 4 hurricane when it hit Houston on Friday, August 25, 2017. Though Galveston was not a direct hit, counties from the west end of Galveston Island to Corpus Christi were under a mandatory evacuation for low-lying areas. Hurricane Harvey eventually dropped more than 22 inches of rain on the Galveston/Scholes area. At one point, Bower had to “swim out in all its fury and gauge the currents and other conditions,” despite “spending his day keeping people out.” As the hurricane approached and for several days after, Bower was involved in helping to guard. “It was an ongoing experience which never really ended for 4 days. I even had to pull over on my way home one night to go out and get people.”

More impressive than Bower’s quick call to duty, is his background. Bower, 62, is a former All-American from Tulane University. In 1973, Bower broke the national prep school record for the 100 breaststroke while swimming for The Kiski School in Saltsburg, PA. Following high school, Bower received a swimming scholarship to Tulane, where he eventually set a school record in the 100 breast. Bower went on to participate in the 1976 Olympic Trials. He worked as a high school swim coach in Louisiana and Texas, and from 1977-1986, Bower won 30 league and county championships as coach of The Kiski School swim team. At Kiski, Bower coached more than 50 high school All-Americans, and is considered to be one of the school’s greatest swim coaches.

When asked why lifeguarding now, Bower responds that he had retired from teaching and had been volunteering for various charitable groups. After he moved to Galveston, Bower began looking for something in which to get involved. He read about the Wave Watchers program, a volunteer group that serves as “second set of eyes on the beach looking for potential problems to alert the guards to,” signed up and completed the training.

Bower became aware of the GIBP during his training and was impressed by their expertise, professionalism and camaraderie, and asked GIBP Chief Peter Davis about trying out. With Davis’ support, Bower completed the program. It “turned out to be a way more satisfying experience than I could ever have hoped for.” Bower posted the fastest 500 meter qualifying time for this year’s rookie class.

Bower’s return to swimming came sporadically. Then last year he began entering a few open water races in Michigan. Despite winning his age group in several races, Bower “didn’t like the fact that (he) finished behind some of the younger swimmers.” Motivated to focus more on swimming, Bower committed to training and now swims consistently in the Gulf of Mexico. “Each morning I swim straight out and just keep going for about a half hour, float a few minutes, and head back in.” With the transition from pool to open water, Bower had to learn how to swim straight, adjust for the chop and work with the offshore currents.

Though Bower primarily swims alone, he is sometimes joined by fellow guards or even dolphins. “The one constant for me is the enjoyment I get from the challenges of swimming,” Bower says of his return to the sport. “The feeling you get when you complete a set on a new interval really isn’t much different than the way you feel after making it through a group of hundreds of jellyfish. They both are very painful but it feels good when you are done.”

A great story about the evolution of a Kiski swimming legend……

I swam at Kiski with Billy “Fish “ Bower in 1972-1973. He was a incredible teammate and inspiration to our entire team. He also set a standard for athletes at school in other sports as the ultimate example for discipline and preparation. He was truly the ultimate competitor in the pool and stand up guy around the campus.

Way to be Billy! You are still the ultimate training warrior.

Great story I’m reading for the first time! “Little” Billy Bower was the son of my college coach at Tulane, Dick Bower (the inventor of cruise intervals), and swam with Bower’s AAU team, Green Wave Swim Club (GWSC), at the old Monk Simons pool at TU (demolished and replaced with the campus bookstore now) after our college practice concluded at 530 each day. Even at 12-13 yrs old, Bill was always a very hard worker. Very interesting story of his volunteer work with GIBP, thanks for sharing! Roll, Wave!

I swam at Tulane 74-76 and Dick Bower was my coach also in that Monk Simons pool. Bill was on the team at that time.