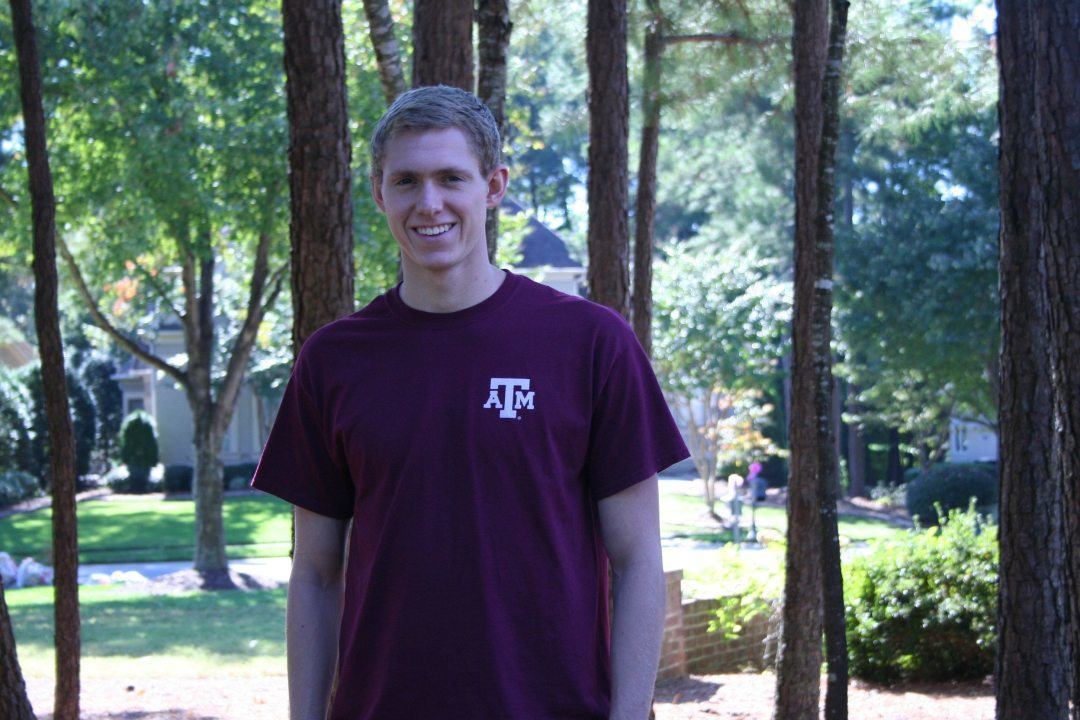 Connor Long from SwimMAC Carolina in Charlotte has verbally committed to the Texas A&M men. That makes him the first public verbal commitment for the Aggie men this season.

Long is a classic freestyler/backstroker/butterflier who is a little better in the shorter distance, but pretty good across-the-board. In yards, his bests are:

The four events bolded above are the four in which he swam lifetime bests at his 2014 taper meet (Sectionals). Aside from the 200 fly, he also swam all of the other races, but didn’t go best times.

Special emphasis is on the 100 freestyle, where Long really made a lot of progress as a junior. He improved over a second-and-a-half in the 100 free. Those freestyles, and his versatility in the shorter events, make him a very attractive prospect to A&M that historically has lived-and-died mostly on the strength of their relays in March.

The Aggie men graduated their two 100 freestylers (Paul-Marc Schweitzer and Kyle Troskot) at the end of last season, but have been developing some very good swimmers behind them, including current junior Cory Bolleter and current sophomore Turker Ayar.  None-the-less, Long will have an opportunity to contribute as a freshman, and by the end of his sophomore year projects to be an important part of A&M’s relays as they emerge from a little bit of a rebuilding period.

Swimming for Ardrey Kell High School, he was tied for 2nd in the 50 free and 3rd in the 100 fly at last season’s North Carolina High School State Championship

Good decision, Connor! You win — the Aggies win! We are all proud of your accomplishments.

Impressive accomplishment, Connor. Would be great to be with your grand dad to watch you at College Station.

Dedication, hard work, and good coaches and look where you are!