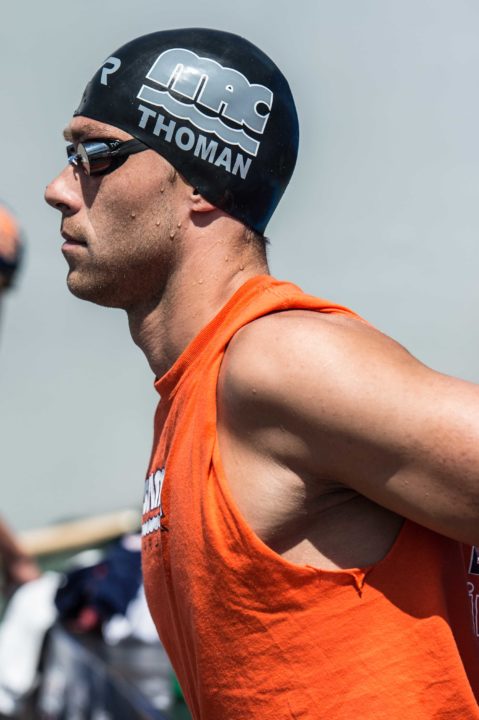 After running away with the 400 medley relay in the first evening session on Thursday, the SwimMAC men’s quartet of Nick Thoman, Eric Knight, Tim Phillips, and Cullen Jones smashed the field with an American record performance tonight in the men’s 200 medley relay.

Here’s a split-by-split comparison between the former and new records: