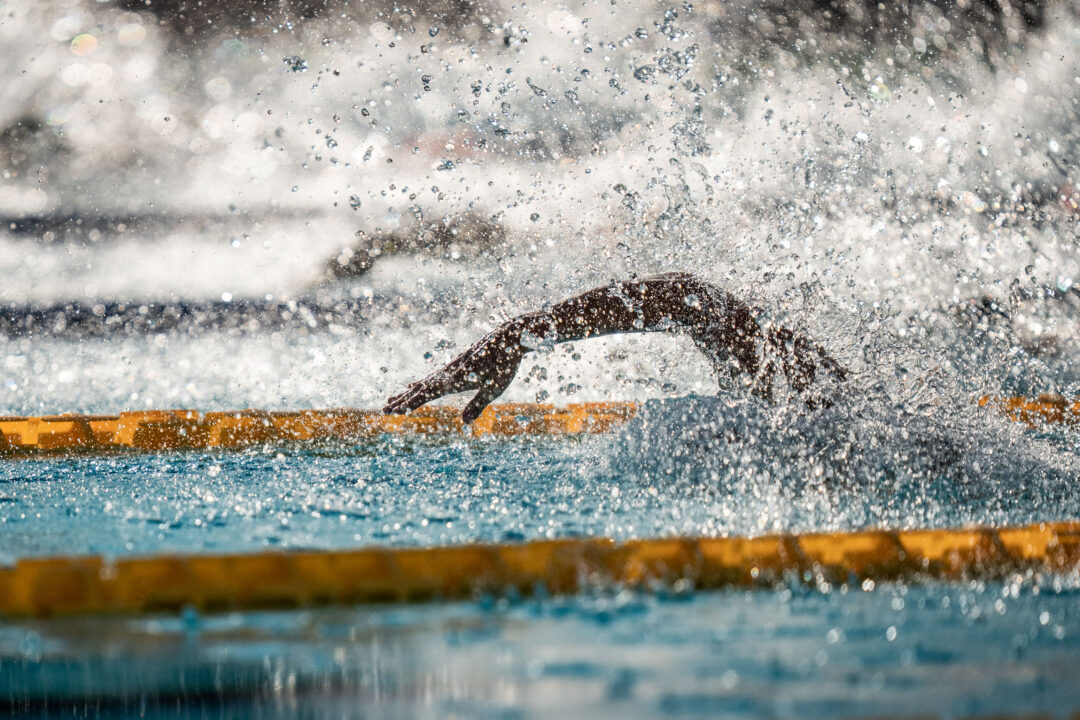 Tang negative split her way to a new Chinese Record of 1:54.26, including a blistering 27.95 final 50. Stock photo via Mine Kasapoglu

Fast swims have been dropping left and right at the 2021 Chinese National Games in Shaanxi, but none were more jaw-dropping than the performance delivered by Tang Muhan in the women’s 200 freestyle.

Tang, who turned 18 on September 4, out-duelled Yang Junxuan in a hotly-contested race to touch first in a time of 1:54.26, lowering Yang’s Chinese National Record of 1:54.37 set on the lead-off leg of China’s gold medal-winning 800 free relay at the Tokyo Olympic Games.

Tang’s swim marked a massive personal best, with her previous-fastest time coming into the competition the 1:57.29 she produced leading off the preliminary relay at the Olympics (she split 1:55.01 swimming second in the final), but dwarfing the impressiveness of her final time was the way she split it.

The Shenzen University product unbelievably negative split the race, flipping fourth at the 100m wall in 57.17 before closing in 57.09. This included an absolutely scorching 27.95 final 50, which isn’t far off what some of the top men typically bring their 200s back in.

For context, only one swimmer—gold medalist Ariarne Titmus—came home under 29 seconds in the Tokyo Olympic final, at 28.80. Granted, the pressure of an Olympic final certainly isn’t a place for someone to experiment with race splitting, but still, Tang’s closing 50 was surely spectacular.

Yang led the race at every wall, out in 56.52 at the 100, and she maintained a lead of 43 one-hundredths on Tang at the final turn. But Tang’s closing 27.95 proved too much, overtaking Yang despite her solid 28.60 closing split that earned her a final time of 1:54.48—just over a tenth off her previous record.

Tang’s time would’ve been good enough for third had she done it in the Olympic final, where Canadian Penny Oleksiak grabbed bronze in 1:54.70 over Yang (1:55.01).

Tang swam the 400 free individually in Tokyo, placing fifth in a time of 4:04.10, and also won that event at the Chinese Games this week in a negative-splitting effort.

In the 200 free, Tang sits 45 one-hundredths shy of the Asian Record of 1:53.92, set by Hong Kong’s Siobhan Haughey en route to winning Olympic silver in Tokyo.