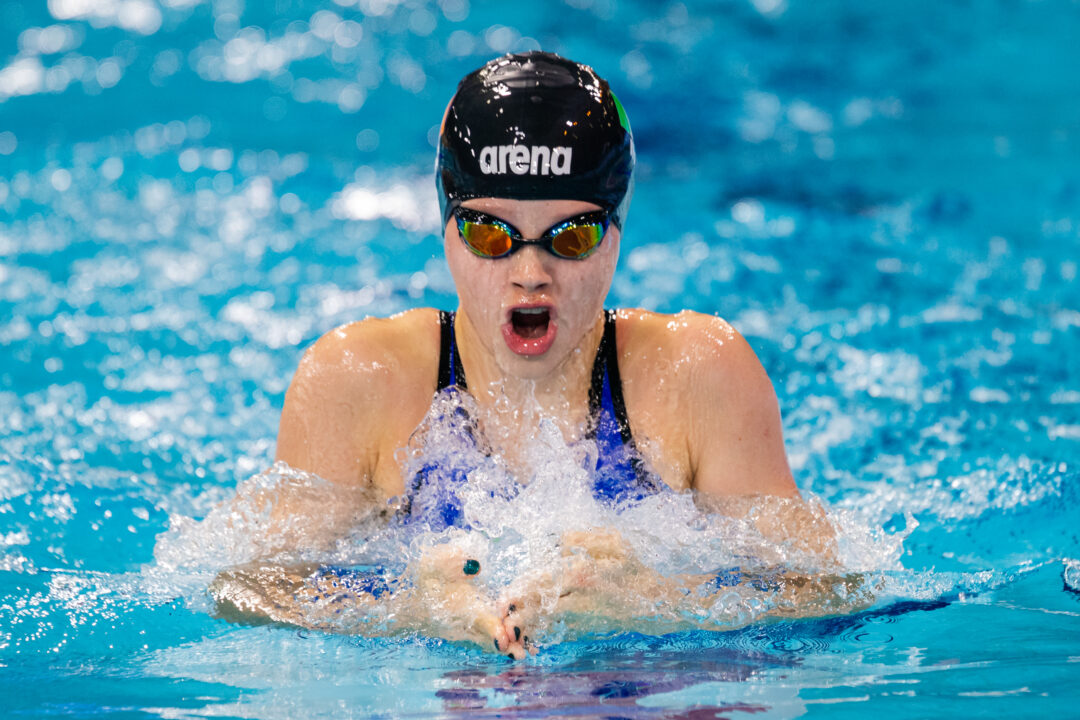 Molly Mayne and Ellie Mc Kibbin have been selected to compete for Ireland at the LEN European Junior Swimming Championships, July 6-11 in Rome. Archive photo via Swim Ireland

Swim Ireland have confirmed that Molly Mayne (Hamilton Aquatics) and Ellie Mc Kibbin (Ards) have been selected to compete for Ireland at the LEN European Junior Swimming Championships taking place at the iconic Stadio del Nuoto outdoor pool in Rome from Tuesday, July 6 to Sunday, July 11.

The focus for the swimmers will be to deliver lifetime best performances at the competition, improve their performances from round to round, and build on the experience they both gained representing Team Ireland at the European Youth Olympic Festival in 2019.

Molly trains with coach Ash Morris at Hamilton Aquatics, Dubai and will compete in the 50m, 100m and 200m Breaststroke, having finished on the podium in both the 100m (3rd) and 200m (3rd) Breaststroke at the most recent European Youth Olympic Festival.

Ellie trains with coach Davy Johnston at Ards Swimming Club and was a semi-finalist in the 200m Freestyle in 2019 and will compete in the 50m, 100m and 200m Freestyle.

Swim Ireland’s National Pathway Manager and Team Leader for the Irish team at the Championships, Andy Reid, said: “This is the first time both athletes have represented Ireland at the European Junior Championships and it will provide them with a great learning experience as junior international racing resumes after a two-year break enforced by COVID-19.

“We are excited and grateful to be in this position and we look forward to some fast racing from these two athletes.”

You can find the full schedule at the link below and the results website will go live later this month.