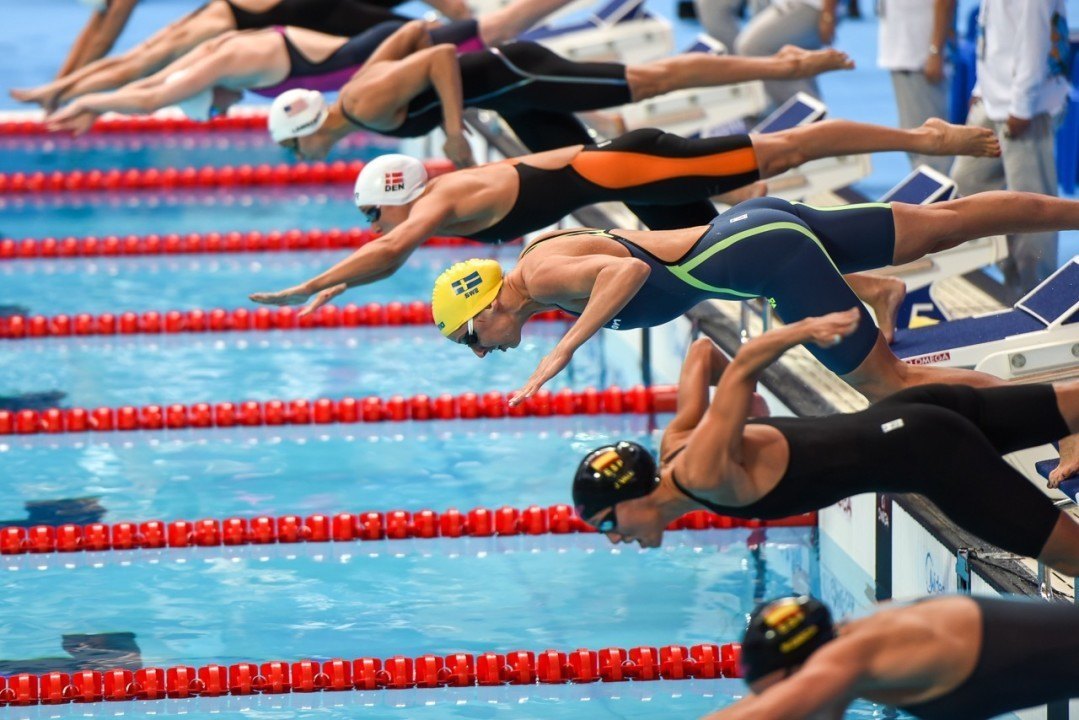 The Swedish Swimming Federation has released their qualification criteria for the 2016 World Short Course Championships in Windsor, Canada and the Nordic Championships in Kolding, Denmark... Current photo via Peter Sukenik/www.petersukenik.com

For the World Short Course Championships, which run from December 6th-12th there will be pre-nominations determined on Olympic performances. Any athlete who achieves a top eight finish will automatically qualify to swim that event in Windsor. There is also the opportunity for one swimmer in each of the non-Olympic events to nominated.

Any of the pre-nominated must inform Ulrika Sandmark, the Swedish National Team Coach, that they will be participating in the the event by October 15th.

The remaining spots on the team, two per event limit, will be determined by performances at the Swedish Championships in Stockholm, which run from November 4th-8th. Swimmers must achieve the following qualification standards:

For the Nordic Championships, which run from December 9th-11th, the Swedish Swimming Federation will be fielding a team of between 24-28 athletes.

Males born from 1999-2002 and females born from 2000-2003 will have first consideration, which will be based on the following branch group of events:

If the team has not been filled from those considered on the criteria above older athletes may be selected based on their performance, age, placement on the development curve and potential in the following branch group of events:

The assessment of the athletes will done based on their performance at the Swedish National and Junior National Championships in Stockholm, which run from November 4th-8th.

*Any swimmers who have qualified for the World Short Championships will not be eligible for the Nordic Championships.