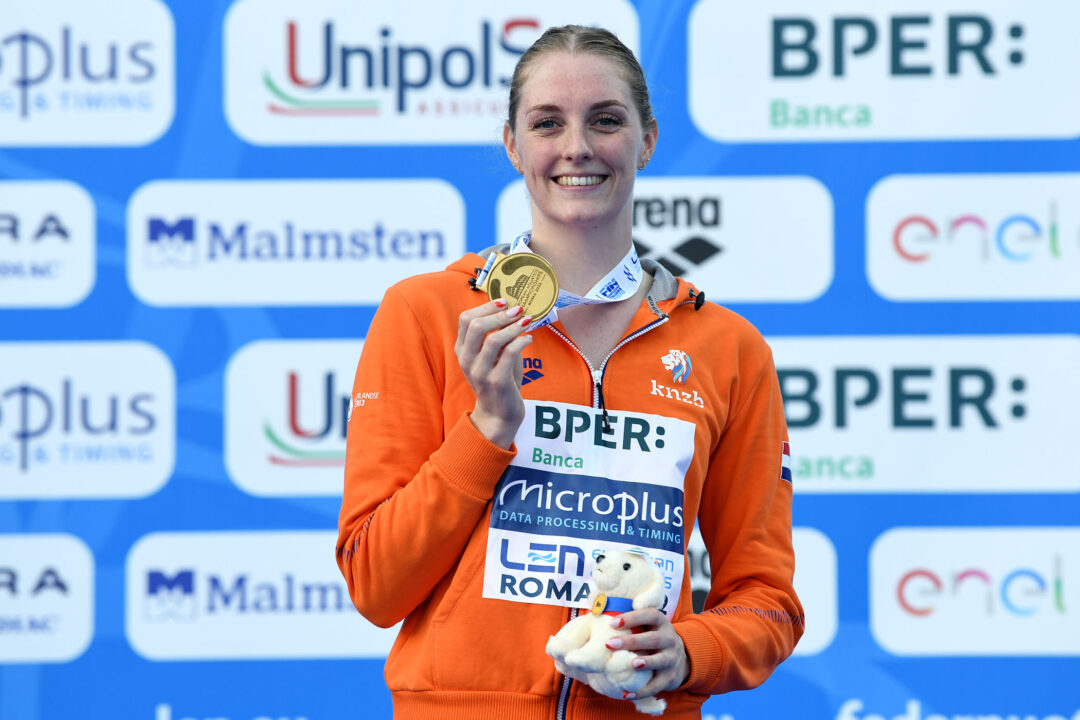 After beating Anderson in the women’s 200m free earlier in the meet, Steenbergen once again came up with the gold, this time in the 100m freestyle race.

After establishing herself as the top-seeded swimmer with a morning time of 54.58, Steenbergen turned on the heat for the final, producing a winning result of 53.61.

Opening in 26.20 and bringing it home in 27.41, Steenbergen got to the wall over a second ahead of Anderson. Anderson settled for silver in 54.71 while Roos Vanotterdijk of the Netherlands rounded out the top 3 in 55.19.

As for Steenbergen, her 53.61 outing here checks in as the 3rd fastest of her career. She owns a lifetime best of 53.24, a time she produced en route to becoming the 2022 European Championsips gold medalist in the event.

Although Sean Niewold took the gold in the men’s 100m freestyle in a time of 49.29, it was reigning Olympic champion in the 200m free Tom Dean who earned the fastest time of the day.

Competing in just the morning heats, Dean of Great Britain hit a time of 49.26 before opting out of the evening final.

Promising that GB have another 53. swimmer on the 100 back in Jonathon Adam and it’s only December, he realistically could be at least half a second faster by trials. He’s only 20 and could be the Backstroker GB needs.

Watch out for her

We have been watching out for her since 2015.