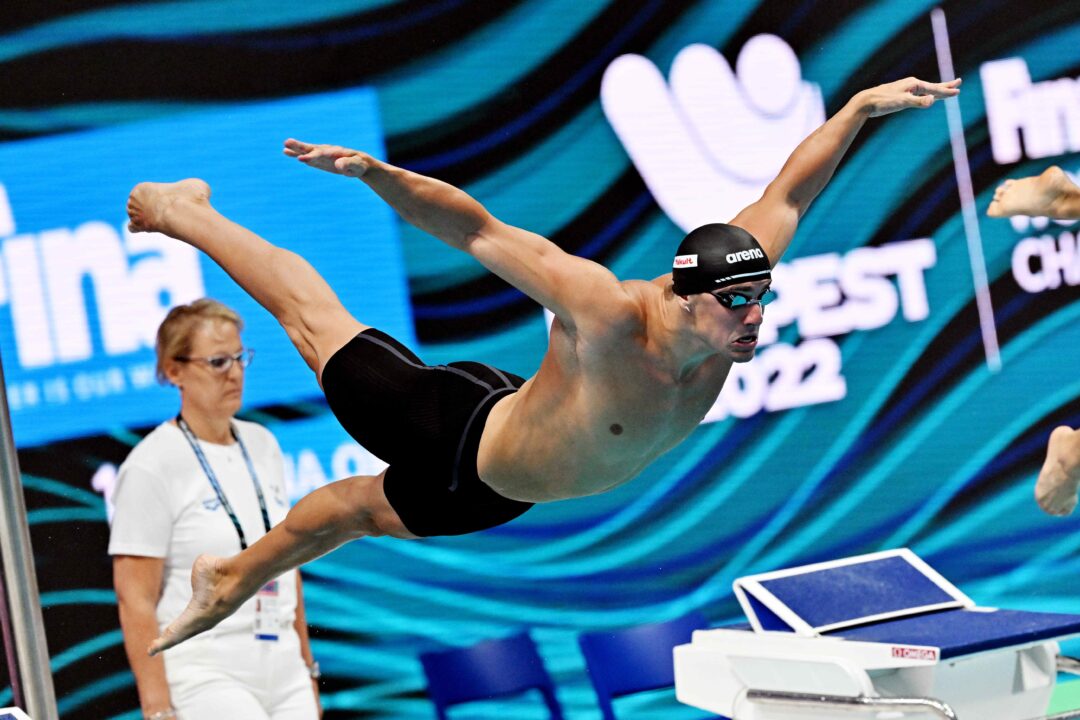 The 27-year-old has been sick on and off the past few months, which rendered the breaststroking ace off his game at this summer’s World Championships and European Championships.

Still eyeing Melbourne for this month’s Short Course World Championships, Kamming captured the men’s long course 50m breaststroke victory in Rotterdam. Touching in 27.33, Kamminga matched the FINA ‘A’ cut for Fukuoka 2023. For reference, Kamminga’s personal best and national record stands at the 26.80 he logged in April of 2021.

Of note, teammate and Texas swimmer Caspar Corbeau actually put up a swifter time in the morning heats, snagging the top seed in 27.26. Corbeau would wind up with the bronze come tonight’s final, with a slower mark of 27.53.

The men’s and women’s 200m freestyle events saw visiting British swimmers from the University of Bath steal the show.

In the men’s race, it was the trio of James Guy, Tom Dean and Kieran Bird who monopolized the podium.

The women’s race saw domestic swimmer Marrit Steenbergen hold off British dynamo Freya Anderson in the tightly contested duel. Steenbergen led from start to finish, although she stayed ahead of Anderson by just a few tenths the entire way.

While Anderson owns a lifetime best of 1:56.06 from this summer’s World Championships in Budapest, Steenbergen’s PB rests at the 1:56.36 she produced en route to becoming the 2022 European champion in the event. As such, Steenbergen was less than a second off of that career-best result with tonight’s performance.

Additionally, both Steenbergen and Anderson comfortably dipped under the 1:58.72 FINA ‘A’ cut needed for Fukuoka.

Was it a random guy or did Dean know him?