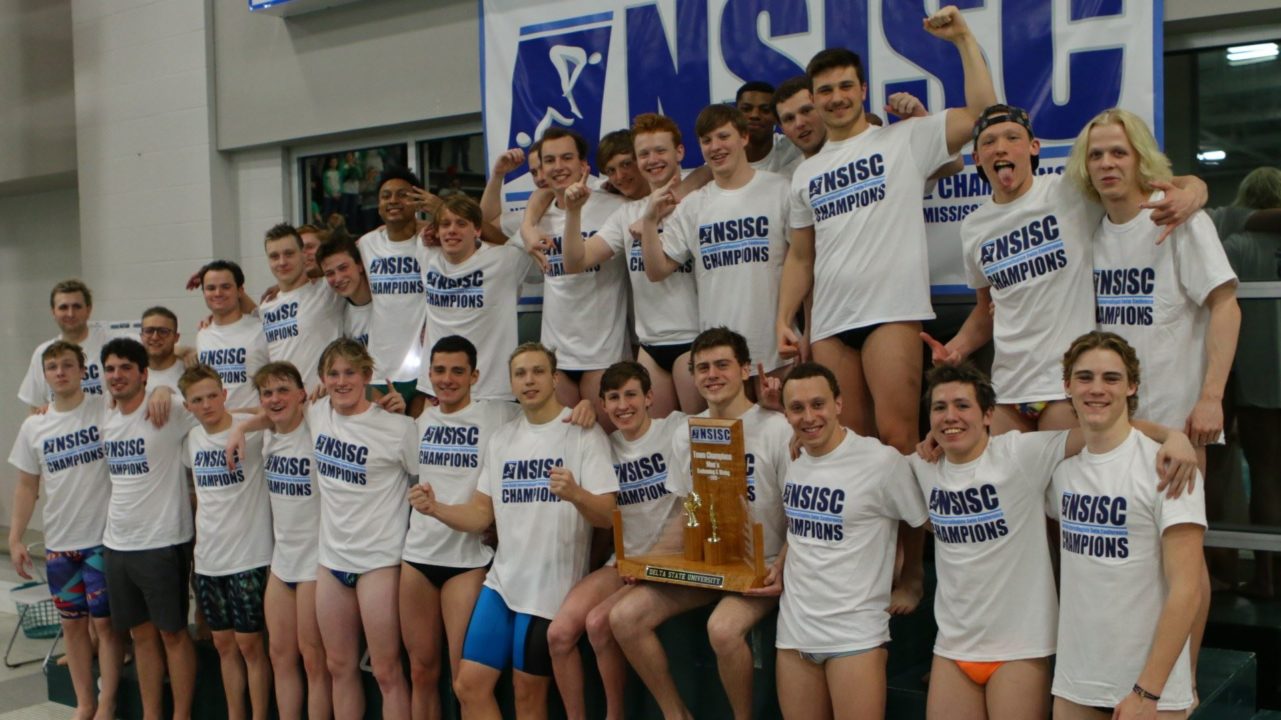 With the win, the Statesmen became the first school in conference history to win all individual swim and dive events in a single championship weekend. Current photo via Camila Segura Sevillano

South Carolina HS 5A Championships runner-up Estelle Bauer has verbally committed to swim at Nova Southeastern University beginning in the fall of 2021.

With the win, the Statesmen became the first school in conference history to win all individual swim and dive events in a single championship weekend.

INSIDE THE LANE LINES

Statesmen qualifiers will travel to the NCAA Division II Men’s and Women’s Swimming and Diving Championships March 11-14 at the SPIRE Institute in Geneva, Ohio.

CLEVELAND, Miss. – The University of West Florida swimming and diving team won its first conference championship since 2016, with a team victory at the 2020 NSISC Championship accumulating a total of 1176.5 points. UWF led for the entire four-day meet and defeated six other teams, including No. 9 ranked Delta State, to take home the trophy.

“The conference championship meet has been such a great experience for us. This meet is a long, hard four days where emotions can run high. I thought our girls did a great job of using that to their advantage,” Head Coach Phil Kraus said. “We came out fighting for every point we could get and used that mentality throughout the meet.”

“This morning I thought we came out a little flat, but we came back tonight and did a great job. Some of the swims tonight really blew me away. I knew we had good swimmers, but it was amazing to see how they finished the meet.” Kraus said.

The Argos had a terrific start to the final day of the NSISC Championships, winning the first three events. Yael Danieli got things started for UWF with a first-place finish in the 1650 Free with a finals time of 17:06.55. Gena Mendez finished fourth (17:21.44), and Lauren Jonsson followed in fifth (17:25.11). Ardinn Grabenhorst came in sixth with a time of 17:29.45.

Rizzetto made it two straight UWF first-place finishes by winning the 100 Free. She swam a 49.98, setting a conference championship and DSU pool record.

Danieli won her second event of the day, taking first in the 200 Back by recording a time of 2:02.29. Olivia Hadaway placed eighth by posting a finals time of 2:07.72.

The Argos wrapped up the meet by posting a time of 3:26.03 in the 400 Free Relay earning second-place. The 400 free relay team consisted of Argos’ Caitlin Tierney, Abby Williamson, Cottage-Ramnick, and Rizzetto.

“This was a great conference meet. I think we have a great group of girls that are jelling together now. We are now at the point where we can really get all of our fine details down and be ready for nationals.” Diving Coach Barbara Parker said.

“I’m really proud of these girls. They worked hard all year long, so it’s a great feeling to come away with a championship.” Kraus said.

Next up for West Florida is the NCAA Championships in Geneva, Ohio, from March 10-14.