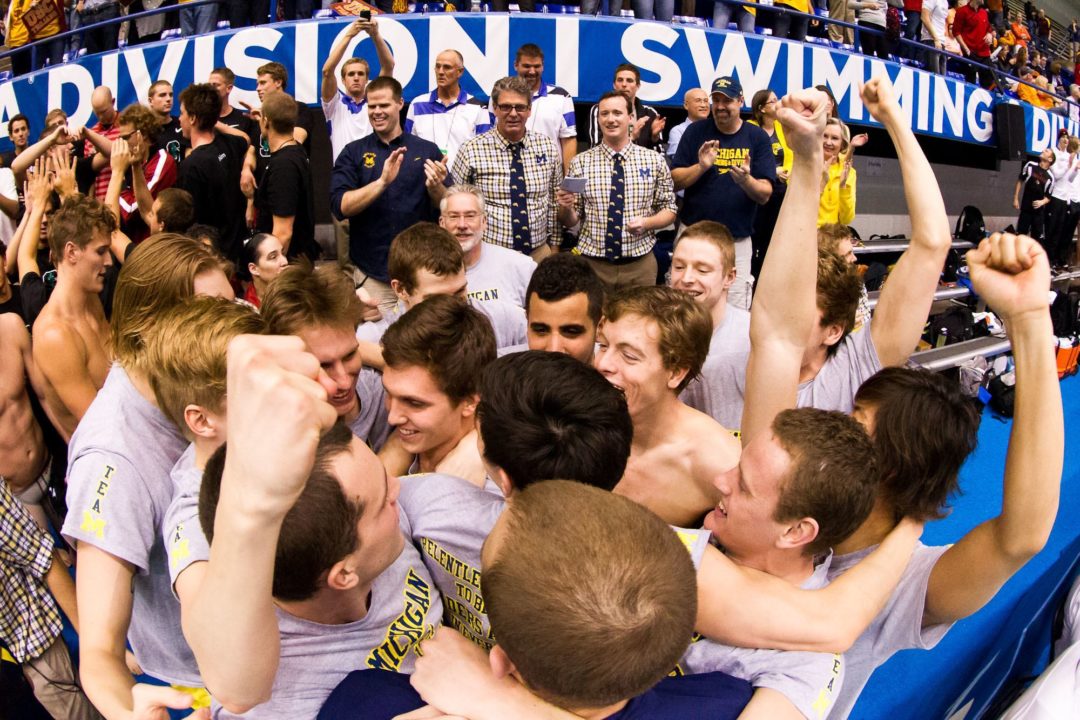 The defending NCAA Champions from Michigan have added another backstroker to their class of 2014.

The Michigan Wolverine men continue to hammer on backstrokers in their recruiting class of 2014, with the latest signing being Aaron Whitaker. Though not quite to the duration of the Vanderkaay brothers, that should ensure 8 straight years with a Whitaker brother on deck in Ann Arbor, as his older brother, National Teamer Kyle Whitaker, is in his final season of eligibility.

Aaron Whitaker, from the Duneland Swim Club and Chesterton, Indiana (just outside of Gary) is one of the top sprint backstrokers in the class of 2014, and is also a fantastic butterflier. Though his IM times aren’t yet quite what Kyle’s were in high school (Kyle was a National High School Record breaker in the 200 IM), Aaron has similar versatility and trades off that endurance for a lot more speed than Kyle had coming out of high school.

Speed is important, given what Michigan has done in building their relays. Aaron’s best yards times:

His yards flat start sprint free times aren’t at the level of his fly/back races, but peering at his other results shows that he’s got a lot of freestyle speed as well. He’s flat-started 23.78/52.88 in the 50 and 100 freestyles in long course. He’s also split 21.5 in the 50 fly on Chesterton’s Indiana State Champion medley relay as a junior, and anchored their title-winning 400 free relay with a 45.94.

Combined with his four titles (including state records in the 100 fly and 100 back) and his teammate Blake Pieroni’s success, Chesterton took the Indiana state title last year. They’re heavy favorites to repeat this year.