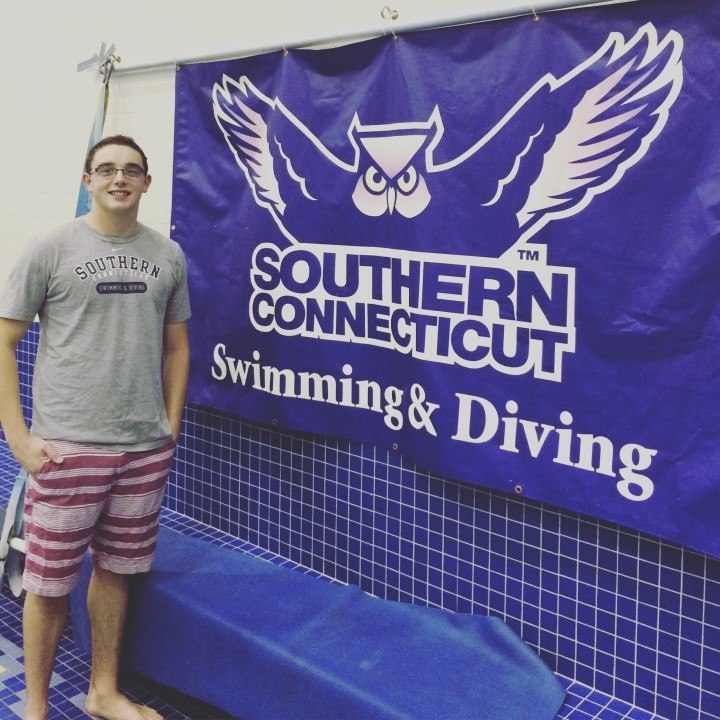 Throughout high school, Padro has been on an insane improvement streak, dropping 27 seconds in the 400 IM and 15 in the 200 fly. This streak will hopefully carry through to the 2015-2016 high school season all the way to the 2016-2017 season under SCSU head coach Tim Quill. Check out the contrast between his sophomore and junior year personal best times:

It’s not a stretch to say that NCAA Division II Championships may be in Padro’s future. Although he won’t compete until 2017, based on his past improvements, the 2016 qualifying standards are well within reach: the 200 fly B standard is 1:51.77 and the 400 IM one is 4:03.99. Even if he stays where he was last season, Padro will help the NCAA Division II Owls score some points at Metropolitan Collegiate Championships. He would have taken fourth in the 400 IM and sixth in the 200 fly at last year’s conference meet.

“The team and coaches really made me feel at home while on my official visit,” Padro said. “I believe Southern will give me all the opportunities I need to succeed in the classroom and in the pool.”