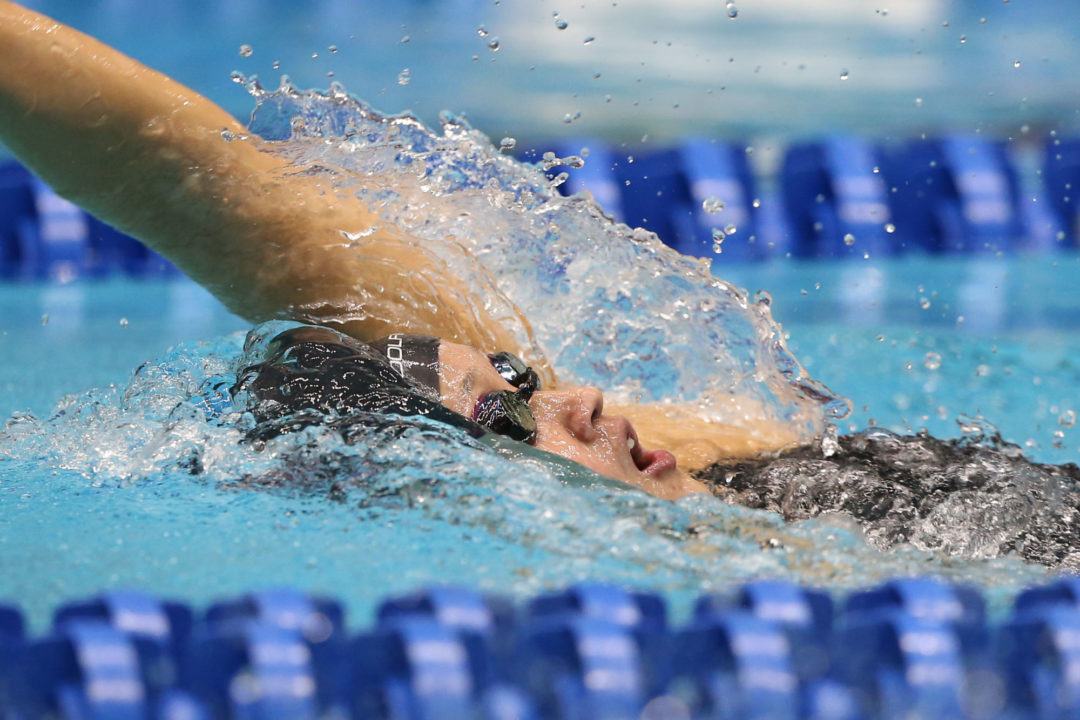 Stanford’s Janet Hu has been named the Women’s Swimming and Diving Scholar-Athlete of the Year, the Conference office announced today. Current photo via Tim Binning/TheSwimPictures.com

Stanford’s Janet Hu has been named the Women’s Swimming and Diving Scholar-Athlete of the Year, the Conference office announced today. The award, which is presented in each of the 24 sports the Pac-12 sponsors, was established to honor collegiate student-athletes that are standouts both academically and in their sports discipline.

Hu, a Vienna, Va. native, is a computer science major with a focus on Biocomputation with a 3.37 grade point average (GPA). As one of the most versatile swimmers in the nation, Hu is an 18-time All-American, earning the honor in seven different event. She is also an eight-time Pac-12 Champion and six-time individual NCAA Champion. A 2017-18 team captain, she currently holds three American records, two NCAA records, six Stanford school records, and five Stanford pool records. Last season, she won the maximum seven All-America honors to lead Stanford to its first NCAA title in women’s swimming since 1998. Outside of the pool, Janet is a two-time Pac-12 All-Academic honorable mention selection.

Hu and the rest of the Pac-12 will all be competing this week at the 2018 Pac-12 Women’s Swimming and Diving Championships in Federal Way, Wash. The Pac-12 Women’s Swimming and Diving finals along with men’s diving finals will be broadcast live on Pac-12 Network, and all six regional networks, Saturday, Feb. 24 at 6:30 p.m. PT/7:30 p.m. MT. Coverage of the prelims and earlier finals will be streamed live on Pac-12.com and the Pac-12 Now app, Wednesday, February 21, Thursday, February 22, Friday, February 23 and will conclude on Saturday, February 24. Fans can purchase tickets ahead of time at Pac-12.com/tickets.