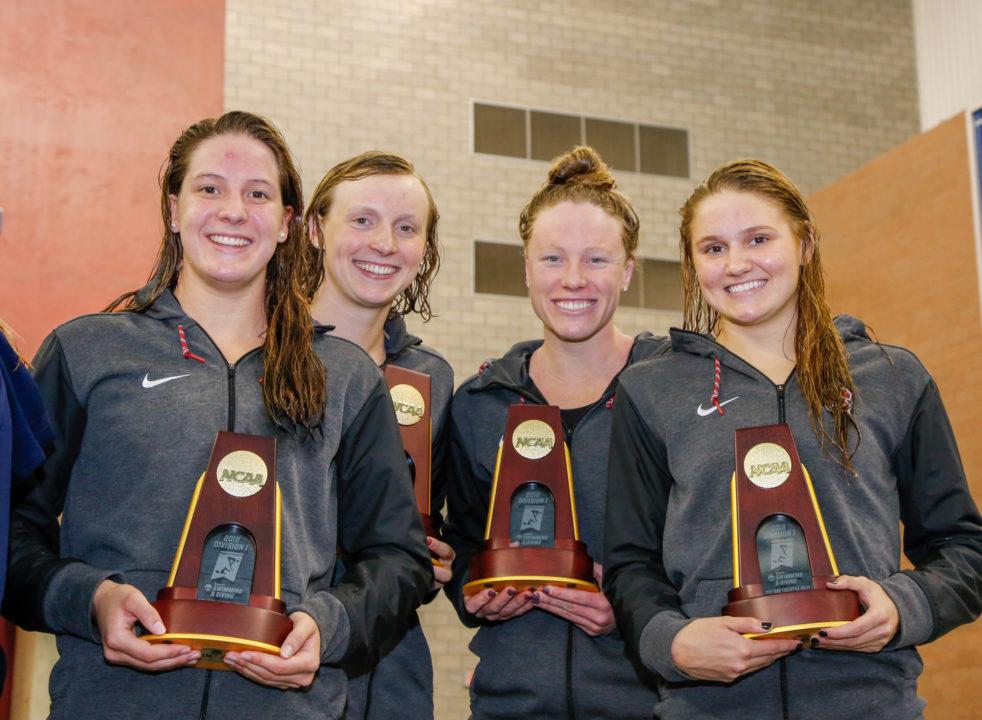 A win in the meet-opening 800 free relay kicked off 13 event titles for Stanford at the 2018 NCAA Championships. Current photo via Tim Binning/TheSwimPictures.com

By measure of total wins, their 13 (they swept the relays) tied for the most in NCAA history. Florida did the same in 1982 and 1988, and the Stanford women also won 13 titles in 1993. That Florida run operated under different rules, where athletes were able to swim more than 3 individual events; the indomitable Tracy Caulkins won 5 individual titles in 1982, for example, including one of only 2 NCAA titles ever awarded in the 100 IM (she also won the other one in 1983).

Those 13 titles grew Stanford’s all-time event-win total to 173, which is almost double Florida for the most all-time. Only 2 teams (Florida at 90, and Georgia at 78) are within 100 event wins of Stanford’s total, and nobody is closer than 83.

The win also gave Stanford an even 10 team titles, the most in history:

Indiana moved into the top 10 all-time with 2 more titles from Lilly King, who now has 6 of the Hoosiers’ all-time titles.

The updated all-time team tally, including change in teams’ rank: