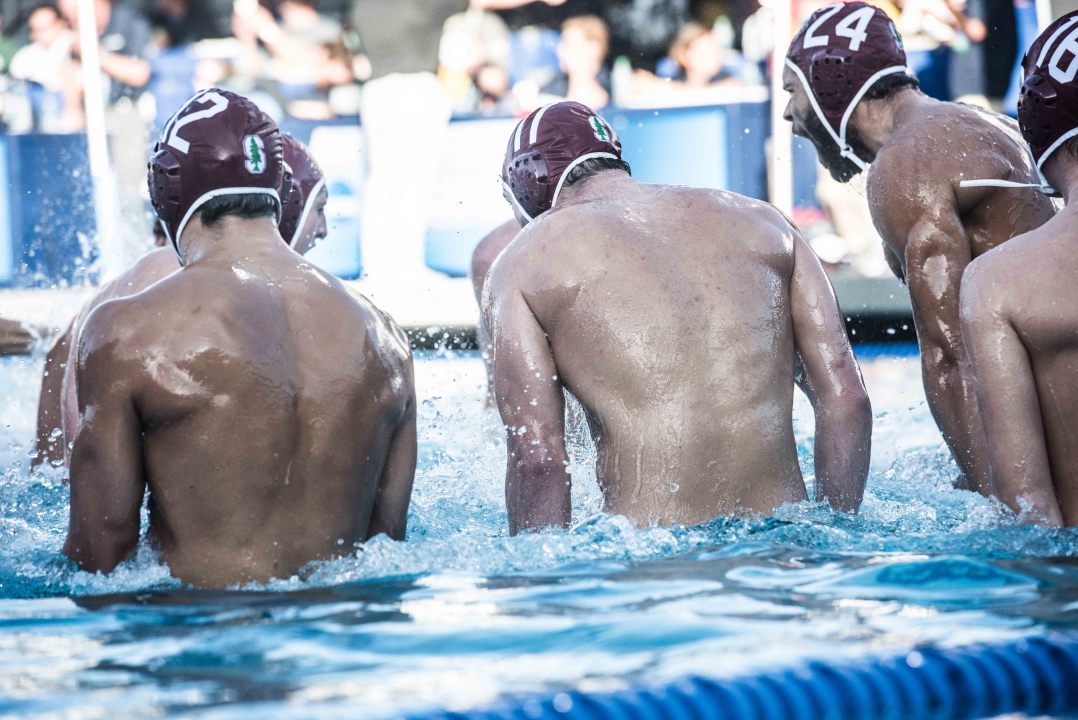 Defending National Champion Stanford University clings to the No. 1 position in the national rankings for another seven-day stretch as the Cardinal continue at No. 1 in the Week 2/February 3 National Men’s Varsity Top 10 Poll. The National Top 10 is a change from the normally released Top 20 due to a decrease in the number of varsity programs competing during the COVID-19 pandemic.

Stanford (93 points), which downed host University of the Pacific by a 13-8 score in the 2019 NCAA Championship title game held at the Chris Kjeldsen Pool Complex in Stockton, Calif., has yet to compete this year – although the Cardinal will earn need to defend their crown this weekend in a clash of No. 1 versus No. 2.

Stanford will travel to the University of Southern California‘s this weekend to face the host Trojans, the University of California-Los Angeles and the University of California for a two-day, six game series unlike anything in the history of collegiate sport.  USC (92 points), UCLA (92 points) and California (92 points), which were tied at No. 2 last week, remain squared in the runner-up position as this weekend’s competition at the Uytengsu Aquatics Center will feature three meetings of the No. 2 teams in the nation (UCLA-vs.-California, USC-vs.-California, USC-vs.-UCLA) and a trio of clashes between No. 1 and No. 2 (USC-vs.-Stanford, UCLA-vs.-Stanford, California-vs.-Stanford).  It marks the only time known in the history of men’s and women’s collegiate sport on either the Division I, II or III levels that a six-game tournament will feature no team ranked lower than second in the nation.

The 2016 and 2019 MAWPC Champion Bison (96 points) – which held sole custody of the No. 1 spot in the MAWPC’s Preseason Poll – is again knotted with the Midshipmen (96 points) with neither team competing in a game yet during the COVID-19 impacted campaign.

Fordham University (93 points) and George Washington University (83 points) hold at No. 3 and 4, respectively, with La Salle University (34 points) shattering a tie with Gannon University to acquire sole possession of the No. 5 spot.