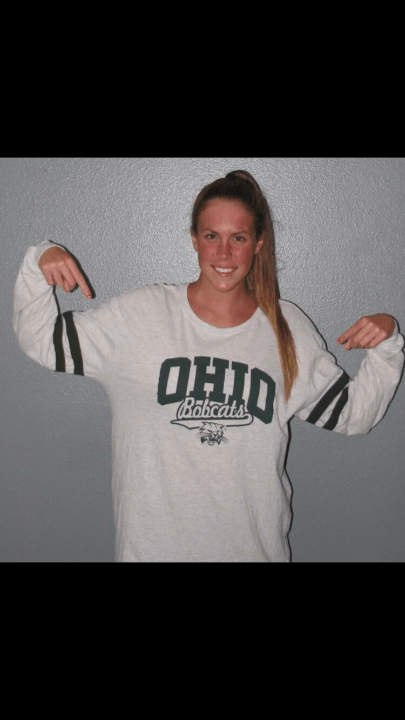 Courtney Chapin of Bradenton, Florida has announced her intention to swim for the Ohio University beginning with the 2017-18 season. Current photo via Courtney Chapin

Courtney Chapin of Bradenton, Florida has announced her intention to swim for the Ohio University beginning with the 2017-18 season. Chapin is a senior at Lakewood Ranch High School and also swims for Sarasota YMCA Sharks.

“I’m really excited to further my swimming career and education in Athens and I’m thrilled to be a bobcat! Without my families [sic] support this wouldn’t have happened.”

Chapin was runner-up in the 100 back at the FHSAA Class 4A Championships in November 2015. She led off Lakewood Ranch’s medley relay and swam a leg of the 400 free relay. In club swimming, Chapin competed at the YMCA Short Course National Championships in the spring and the Central Florida YMCA Summer Splash at the end of the summer. Both meets produced PBs for her.

Chapin’s best 100 back time would have scored at 2016 MAC Championships; her 200 back and sprint frees would have been just out of scoring range, as the Mid-American Conference only swims an A final and a B final.

What? The correct name is Ohio University.