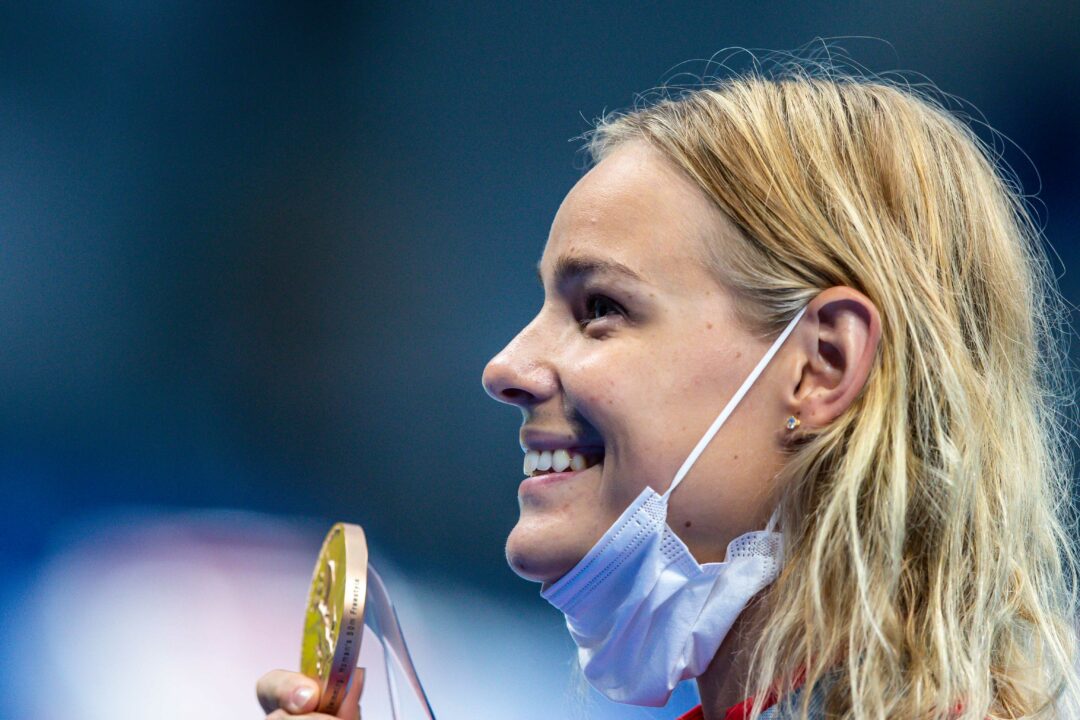 Swimming megastars Florent Manaudou of France and Pernille Blume of Denmark have announced their engagement on social media. The pair of sprinters have been dating since around February of 2020.

‘She said yes’ is what Manaudou accompanied with his collage of photos while Blume said, “I would say August gets a 10/10. My love and I both getting medals at the Olympics and then THIS.”

29-year-old Manaudou took 50m freestyle gold at the 2012 Olympic Games in London and followed that up with silver in the same event in Rio 4 years later. Most recently in Tokyo, Manaudou repeated 50m freestyle silver behind winner Calaeb Dressel of the United States.

As for Blume, she topped the women’s 50m free podium at the 2016 Olympic Games. The Dane underwent heart surgery in February of 2019 to fix a small hole in the organ, with the procedure being called a success. She sat out several months, but came back at that year’s FINA World Championships, finishing 4th in the 50m free.

This time around at the Tokyo Olympic Games, the 27-year-old snagged bronze behind winner Emma McKeon of Australia and runner-up Sarah Sjostrom of Sweden.

Very cute. Hoping they find happiness together and arm wrestle to decide whether their kids swim for France or Denmark.

Their children will be beautiful and FAST

I wish Conan was still on to do one of those “If They Mated” photos. 😀

Has there ever been a married couple that medaled in the same event at the Olympics in swimming?

She was a child bride whom he exploited then publicly denigrated very badly .His actions hurt him in the end whereas Kornelia has trod a very difficult path with grace .

Not the same event(s) – Kornelia was a fresstyler & flyer, Roland a backstroker.

It’s really sad how unattractive they both are

What was the point of commenting this?

There go the legs.

The fastest swimmer couple on the planet !!