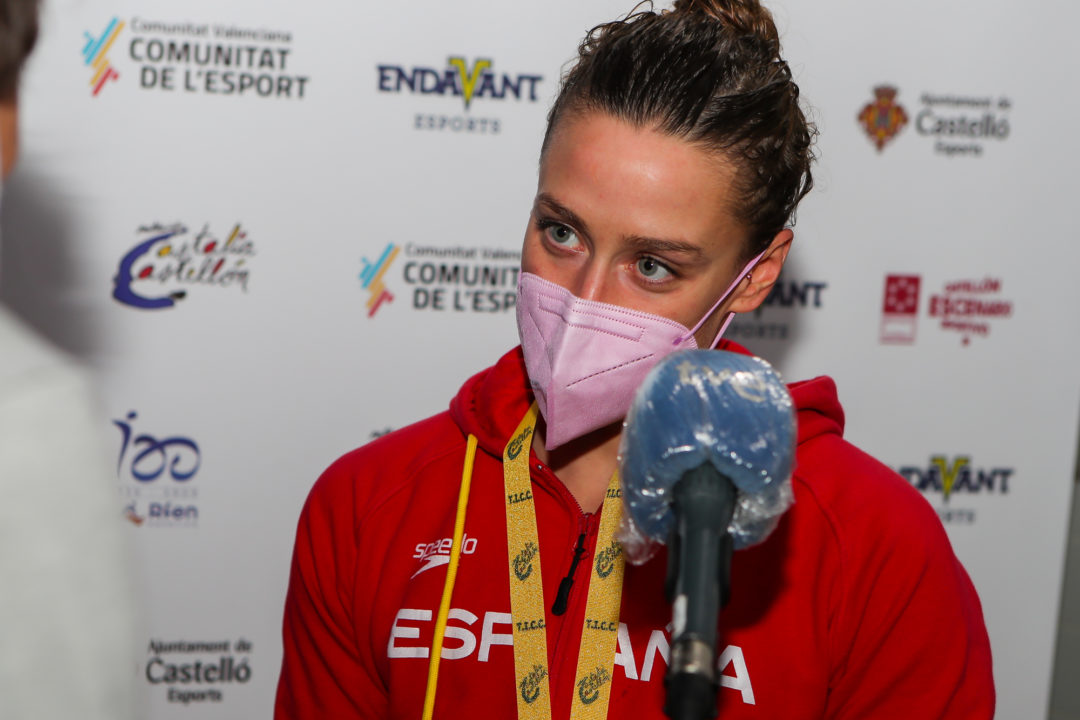 Although other European Aquatics Championships disciplines such as artistic and open water are in full swing in Budapest, the pool swimming portion of the quadrennial event isn’t set to begin until May 17th. We now know that the women’s events will see one less competitor, as Spanish Olympic champion Mireia Belmonte has pulled out of the competition.

As reported on SwimSwam Español, Belmonte is in the final phase of recovering from a shoulder injury. She recently commented in an interview, “My shoulder is much better. But I didn’t want to risk taking steps back. I still didn’t feel ready to compete at the highest level.”

She continued, “I could go, but I was not going to feel good, so I decided to reserve myself for future international competitions, which we still have a couple, and do my best in them.”

Even before her historic 200m fly victory at the 2016 Olympic Games in Rio, 30-year-old Belmonte has been dealing with recurring shoulder injuries. The Spaniard underwent stem cell therapy as far back as 2015.

Belmonte is slated to be one of Spain’s flag bearers at this summer’s Olympic Games, a competition in which she has already qualified for in the 800m and 1500m freestyle. With any remaining individual events’ qualification slots being potentially filled at the European Championships, Belmonte’s being able to add the 400m IM or 200m fly would be up to the Royal Spanish Swimming Federation (RFEN) selectors.