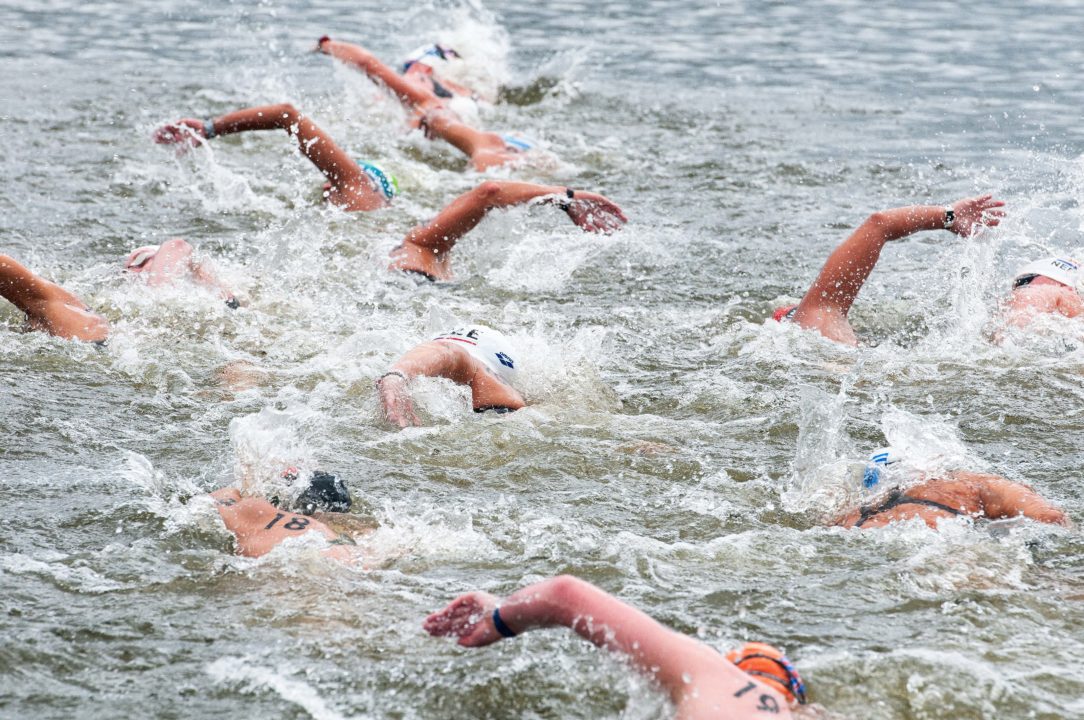 South African swim coach Wayne Riddin, a member of the South African 2012 Olympic coaching squad, is also the race director for the world’s largest open water swimming event.  The Midmar Mile begin in 1974 with 153 swimmers.  Today the event draws upwards of 16,000 swimmers and they are expecting to break their own world record in 2013 with a goal of 20,000.    This is a multi day event that brings together both elite and recreational swimmers.    There is also division devoted to disabled swimmers that is rewarding and inspiring for both athletes and spectators.   Wayne credits a strong team of organizers that make this event truly one of a kind.   South Africa has just upwards of 6,000 registered swimmers and the event combined with the nation’s recent Olympic success could see their federation membership grow.

The event has drawn top competitors from around the globe including USA National Open Water Champion Ashley Twichell,  and World Champion and Olympic medalist Keri-Anne Payne.

Directing an event this large is a full time job and Wayne also is the Head Coach at Seals Swimming Club in Pietermaritzgburg South Africa.   Darian Townsend and Nick Folker are amongst the many outstanding swimmers that have come through Coach Riddin’s program

The 2013 dates are February 9th and 10th. This is a great destination swim and if you’re interested in knowing more about travel and registration visit the Midmar Mile site.

Thank you for sharing the info on the 40th anniversary of the aQuelle Midmar Mile on the 9th and 10th February 2013. We are aiming at 20 000 swimmers to break our own Guinness Book of Records mark of 13 755 finishers. It is also a drive for cancer like the good work getting done by Swim Across America. We would love to host more Americans to celebrate