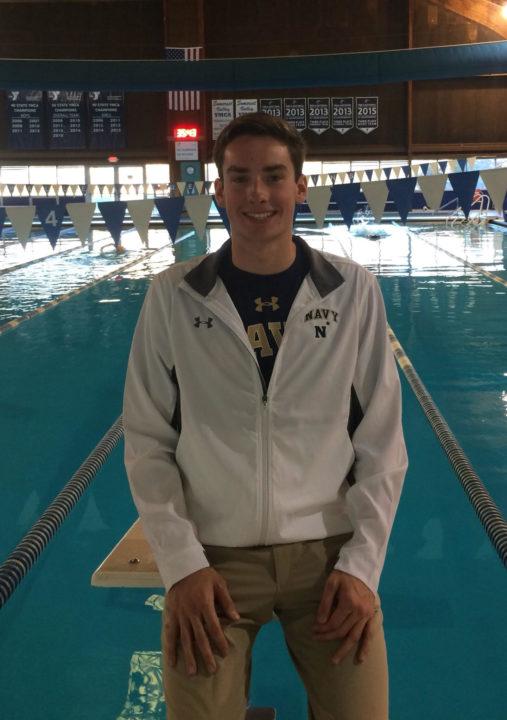 Somerset Valley YMCA’s co-captain Ryan Waters has verbally committed to the United States Naval Academy for 2017-18. Waters is a senior at Morristown-Beard School in Morristown, New Jersey. He is the New Jersey state champion in the 500 free, having won the event in 4:32.76 at the 2016 NJSIAA Boys Swimming Meet of Champions. He finished third in the 200 free with 1:41.65.

According to his coach, Dan Roth, “Waters is a key member of SVY’s distance team, with multiple top-8 finishes at YMCA Nationals in both the 800/1000 and 1500/1650 freestyles. He is an AT&T Winter Nationals qualifier in both events; however it is his developed versatility across multiple distances and events that will prove useful at the collegiate level.”

“It takes a special type of kid to make a commitment to an academy, and Ryan fits that mold perfectly with his work ethic and his leadership skills.  We are thrilled to watch such a promising young man commit to serving our country, and are excited to for his future at Navy and beyond.”

Congratulations Ryan! Your years of hard work have paid off!