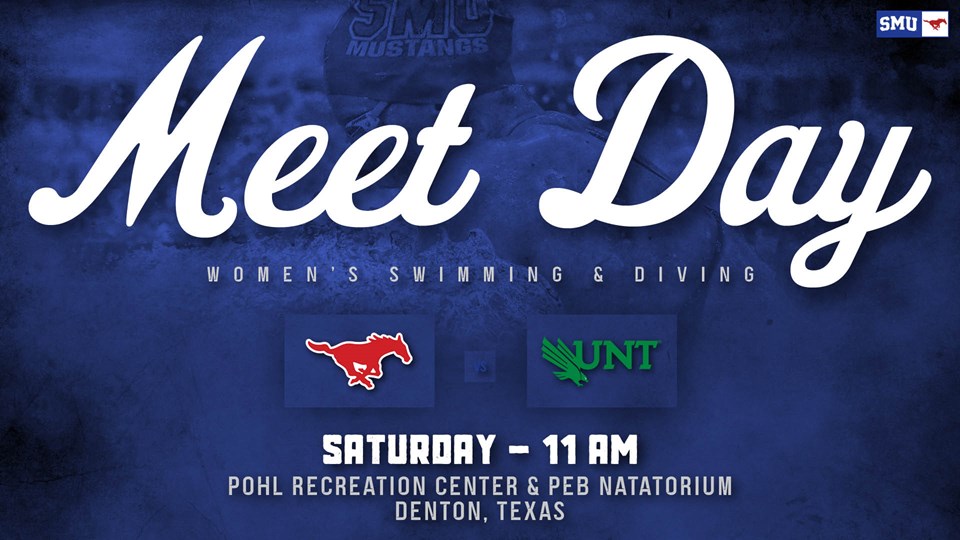 The Mustangs are back in action Saturday for an 11 a.m. road dual at North Texas. Live results for the meet can be found on the Meet Mobile App, and the swimming portion of the event will stream from Facebook Live on the Mean Green swimming and diving page.

Making The Cut
Three divers have qualified for the NCAA Zone Diving Championships and Olivia Grossklaus has achieved the Mustangs’ first NCAA B cut of the season after two events. Nicole Stambo (1m, 3m), Taylor Ohlhauser (1m, 3m) and Johanna Holloway (1m) will represent SMU at the Zone Championships in March.

Last Time Out
In the Mustangs’ three-day meet against Drury, Nicole Stambo led Mustang divers, sweeping both boards and leading SMU to five NCAA Zone scores. In the pool, Olivia Grossklaus picked up her first NCAA B cut of the season in the 200 fly. The Mustangs swept night one action, and went on to win nine events between the second two days.

Around The League
The Mustangs currently hold the top time in four swimming events around the league and have 13 times in the top three.
Indra Vandenbussche | 50 free
Frederica Kizek | 1650 free
Maxine Parkinson | 100 breast
Olivia Grossklaus | 200 fly

About The Mean Green
UNT’s dual meets against TCU and Arkansas to start the season were postponed. The Mean Green faced Houston in an unscored meet.

Looking Ahead
The Mustangs return to the pool after the new year with back-to-back meets against American Athletic Conference foe Houston on Jan. 8 and Rice on Jan. 9 at The Nat.