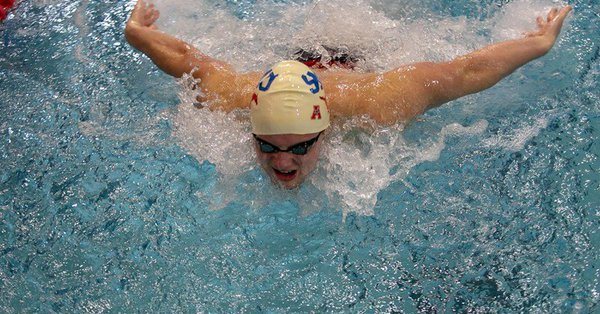 For the second time this season, the SMU men's swimming team faces off with Loyola University New Orleans. Current photo via SMU Athletics

DALLAS – For the second time this season, the SMU men’s swimming team faces off with Loyola University New Orleans. The Mustangs host this second meeting at the Robson & Lindley Aquatics Center and Barr-McMillion Natatorium Friday at 2 p.m.

The Mustangs faced Loyola as part of a double dual at LSU to open the season. SMU defeated Loyola, who was then-No. 5 in the NAIA Men’s Swim and Dive Coaches’ Top 10 Poll, 227-40.

The Mustangs are 2-1 in dual events this season, with their second win coming over Metroplex rival TCU on Nov. 2. Matan Segal holds the top time in the American Athletic Conference in the 200-yard backstroke at 1:46.00, and ranks fourth in the 100 distance at 48.83. Seventeen Mustangs also have times that would qualify them for the Championship Final at the AAC Championships in February.

Loyola competes at the NAIA (National Association of Intercollegiate Athletics) level and is part of the Mid-South Conference. They are 2-4 this season and ranked No. 7 in the NAIA Top 10 poll.

There will be no diving at the event, but the SMU women’s team will also compete against the Wolfpack.