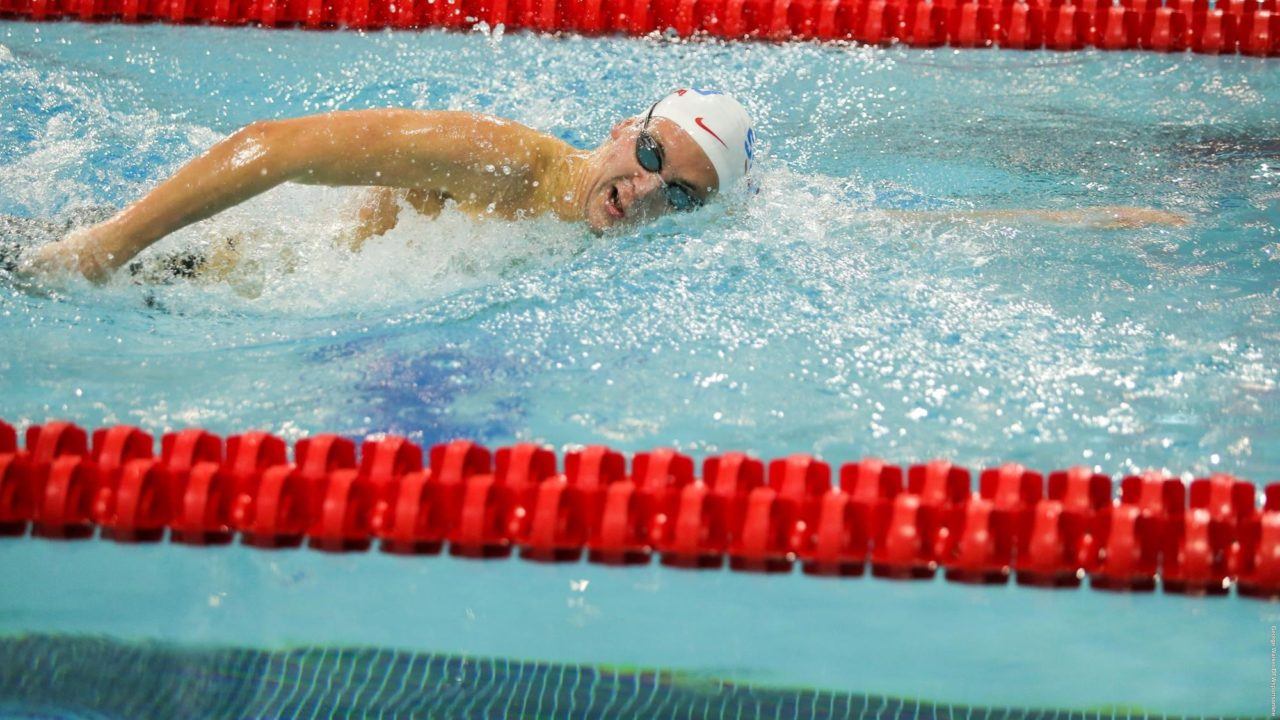 The Mustang men open the 2019-20 season at TCU on Friday with diving action beginning at 11 a.m., followed by swimming at 1 p.m. Current photo via SMU Athletics

DALLAS – The Mustang men open the 2019-20 season at TCU on Friday with diving action beginning at 11 a.m., followed by swimming at 1 p.m.

There will be no live results for the event, but live updates will be available on the Mustangs’ Twitter account (SMUSwimmingM).

SMU defeated TCU, 181-104, last season for their third straight win over the Horned Frogs. The all-time series stands at 29-3-1 in favor of the Mustangs.

Parker Hardigree swept diving events at the meet, while the Mustangs picked up wins in both relays. Individually, returners Ralph Koo and Stephen Cheng posted two individual wins to lead seven total Mustangs to victories in the pool.

TCU opened the season with a third place finish at CSCAA Open Water Nationals, before defeating Texas Permian Basin in its lone dual meet of the season. The Horned Frogs are coming off a win at the Malibu Classic.

The Mustangs return 15 from the 2018-19 roster, featuring American Athletic Conference Diver and Freshman of the Year Hardigree, as well as all-conference selections Ralph Koo, Matthew Nutter and Matan Segal.

A total of 22 newcomers joined SMU’s roster this fall, including a pair of junior transfers in Daniel Forndal (N.C. State) and Caleb Rhodenbaugh (Missouri).

The Mustangs are also under new leadership this season, as former SMU head coach and All-American Greg Rhodenbaugh returned to the Hilltop to lead the program. As head coach, he led the Mustangs to a runner-up finish at the 1989 Southwest Conference Championships, earning Co-Coach of the Year honors, and guided SMU to a 14th place finish at the NCAA Championships.