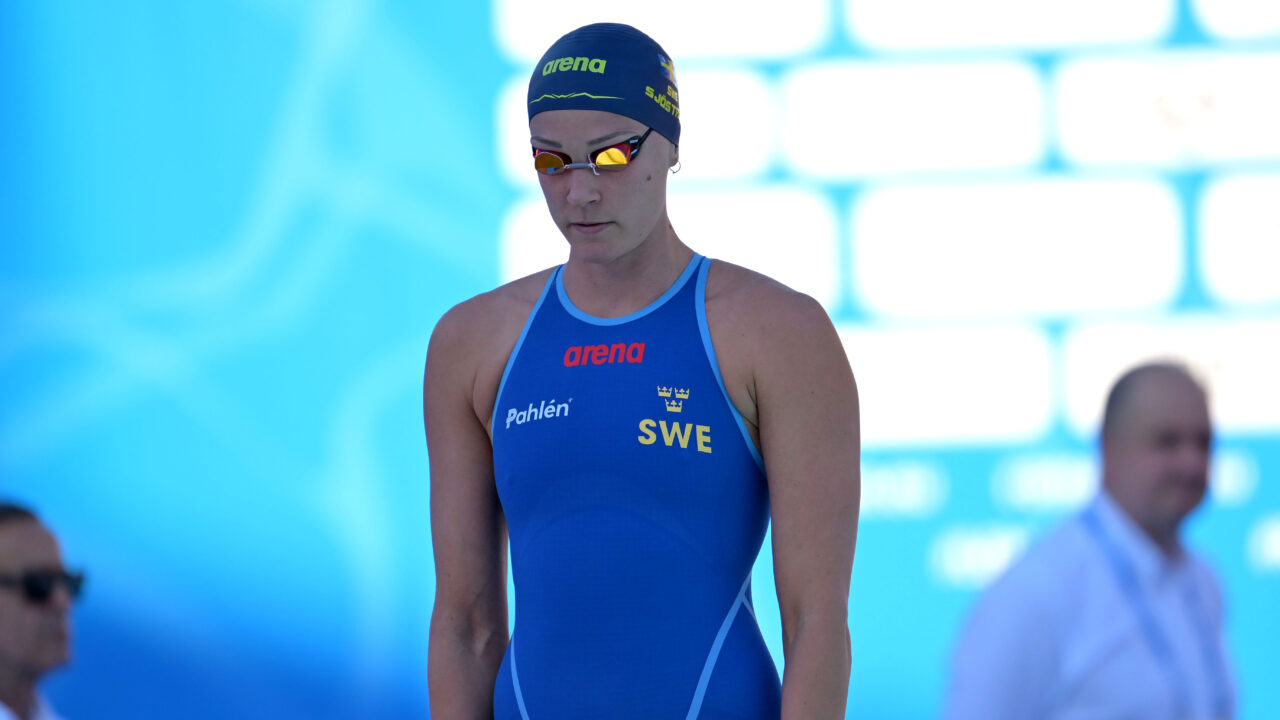 In October, Swedish dynamo Sarah Sjostrom stated she was taking the rest of this year off in order to focus on the 2023 World Championships and 2024 Olympic Games. However, this strategy didn’t prevent the 29-year-old from getting in a few domestic races in Norrkoeping over the weekend.

Competing at the Extralopp meet, Sjostrom took on a trio of relay responsibilities for her Sodertörns Simsallskap squad.

That same lineup grabbed the top spot in the 4x100m free relay, with Sjostrom this time taking on the 2nd leg. Fast led-off in 54.50, while Sjostrom fired off a speedy 52.15 to further distance the squad from the rest of the pack. Svensson clocked 59.19 while Unnermark sealed the deal in 57.28 for a combined effort of 3:43.12.

Sjostrom and her teammates fell just shy of gold in the 4x50m medley relay, however, setting for silver in the race. Sjostrom dove in for the butterfly leg, clocking a split of 24.74, the fastest of the field by about one second.

I rewrote in this right place my previous comment: Pretty fast meet (not only due to the presence of Emelie Fast..) on the women’s side in Stockolm last weekend: Swimrankings – Sm/Jsm (25m), Stockholm (SWE), 23 – 27 Nov 2022 , with a lot of SCM PBs. Among them also some from the youngsters Lisa Nystrand (born in 2006) and Emmy Hallqvist (2008), but above all interesting results from Junevik (fly and free), Astedt and Hall (free), Rosvall (back), Thormalm, Klinta Ipsa and the above mentioned Fast (breast) to increase Swedish depth in the womens relays. For Sara Sjostrom a good 23.59 in the lead-off of the 4×50 free relay, a 52.15 split in the 4×100 free relay and… Read more »

Just wanted to tell you guys. The meet was Nationals and it was located in Stockholm.

It was the Swedish SC Nationals.

Not sure where “extralopp” comes from, but it translates to “additional race”.