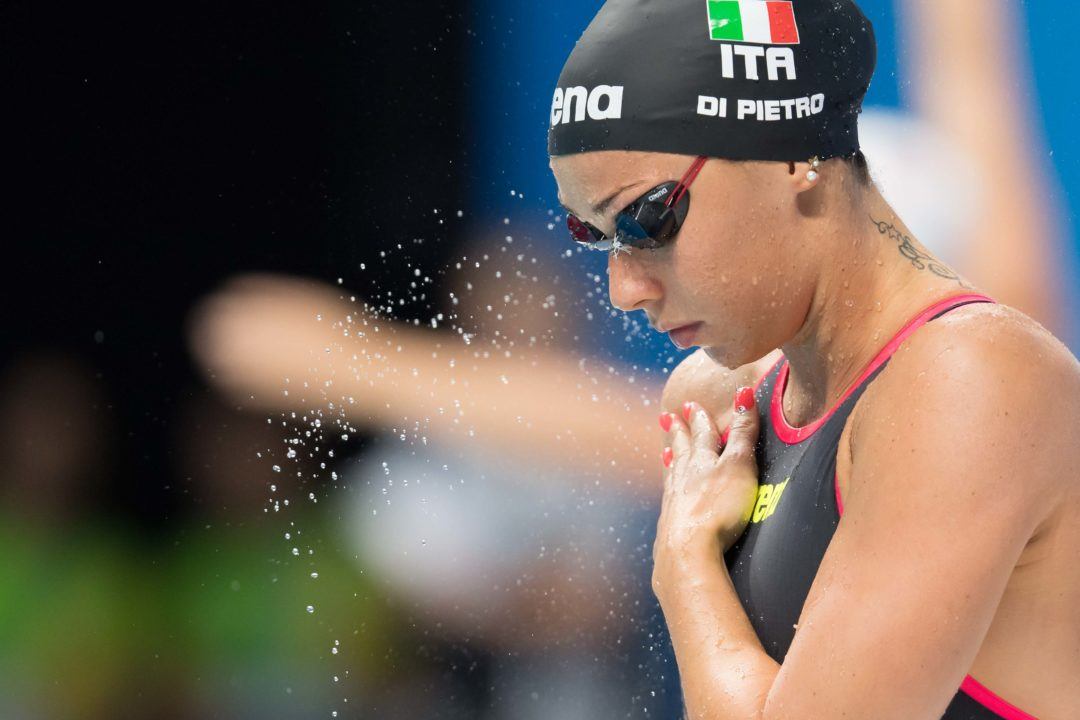 During the Italian Regional Championships, Silvia Di Pietro had an impressive session, setting two new national records within minutes of each other. Archive photo via Mike Lewis/Ola Vista Photography

Di Pierto began the day by racing the 50m butterfly, where she touched first in a time of 25.18 to shave .04 off of her best time of 25.22. With her performance, Di Pietro set a new Italian National Record, taking out her own standard that was set at the 2015 European Short Course Championships.

Minutes later, Di Pietro jumped back into the water for the 50m freestyle, where she swam to a final time of 23.85 to claim first overall. Di Pietro’s time sliced .05 off of her personal best and Italian National Record of 23.90, which was set at the 2016 Short Course World Championships in Windsor, Canada. At those Championships, Di Pietro earned a silver medal in the 50 freestyle with her time.

Di Pietro has not qualified to represent Italy at the 2021 Olympic Games. However, she is qualified to represent the country at the 2021 European Championships in Budapest from May 17-23, which will serve as one the nation’s final Olympic qualifying opportunities. Back in December, Di Pietro was one of several athletes to test positive for COVID-19 following the Italian Open Championships.