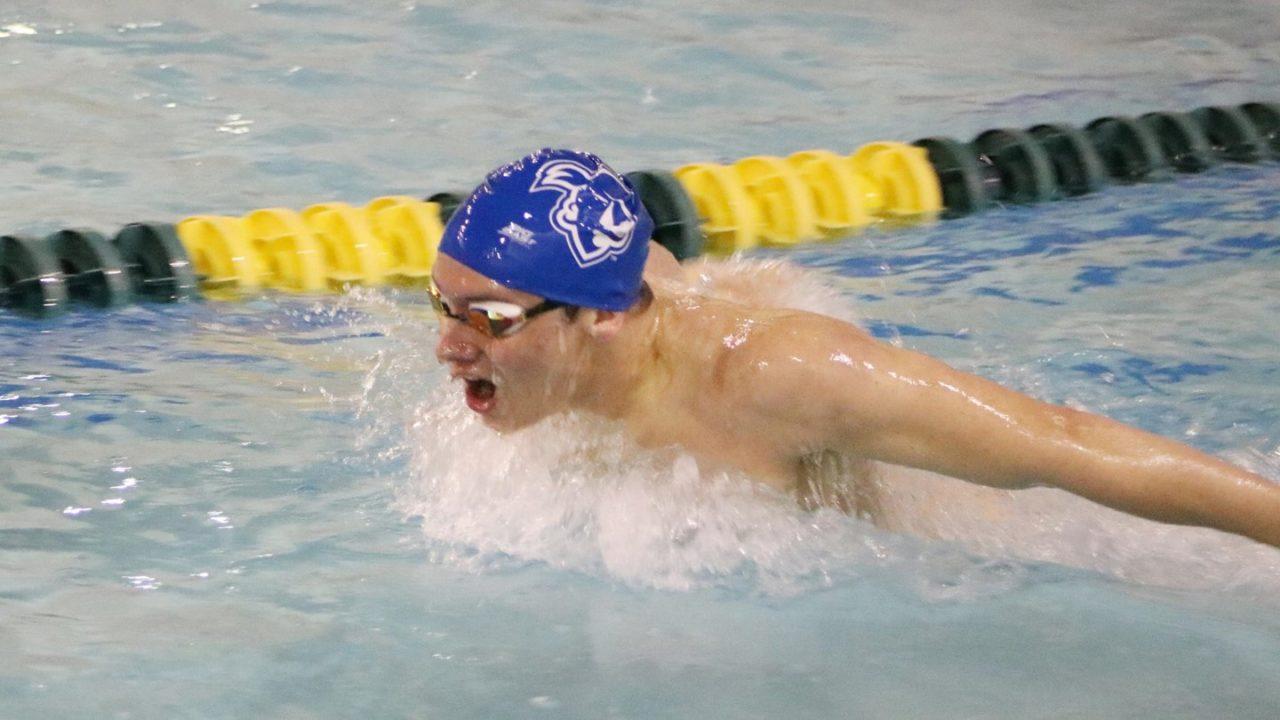 The Seton Hall men won nine different events and went 1-2-3 in the 100 fly, while the Towson women won 13 events en route to a victory. Current photo via Seton Hall Athletics

In the 200-yard medley relay she teamed up with Haley Sutton, Jacki Schoening and Ryan Ulrich to finish with a time of 1:46.20.

The Towson men had a strong showing at Seton Hall despite a 162.5-134.5 setback Saturday.

Jack Saunderson led the way for the Tigers by winning the 200-yard butterfly and 200-yard backstroke. In addition, Saunderson and Matt Essig were a part of a pair of winning relay teams.

The Tigers will stay on the road as they head to Lewisburg, Pa to compete in the Bucknell Invitation. The meet is scheduled to take place Nov.16-18 with the prelims starting at 10 and the finals beginning at 6 p.m.

Junior Gabby Van Tassell (Staten Island, N.Y.) finished second in the 500 free after clocking in at 5:15.58, just a half second behind the leader.

Prior to Saturday’s meet, Seton Hall honored the late Maran Lougheed ’02, a Pirate swimming alum, who tragically passed away this summer. Pirate Blue Athletic Fund has announced the university will be launching a scholarship named to honor her memory, and the wonderful person and mother she was. Donations can be made by visiting PirateBlue.com and including “swim/dive Maran Lougheed Scholarship Fund” in the comment section, over the phone at 973-275-6447, or via email through [email protected]

Earlier, in the 50 free, senior Dakota Williams (Noank, Conn.) and junior Sam Hendrix (Hillsborough, N.J.) finished second and third with respective times of 20.94 and 21.44. For Hendrix, it was his first meet as a Pirate after transferring from Kentucky and sitting out the first handful of meets this season. He also took third in the 100 free (47.48).

Up next, the Pirates will conclude their competition this fall at the Patriot Invitational hosted by George Mason in Fairfax, Va. Nov. 15-17.