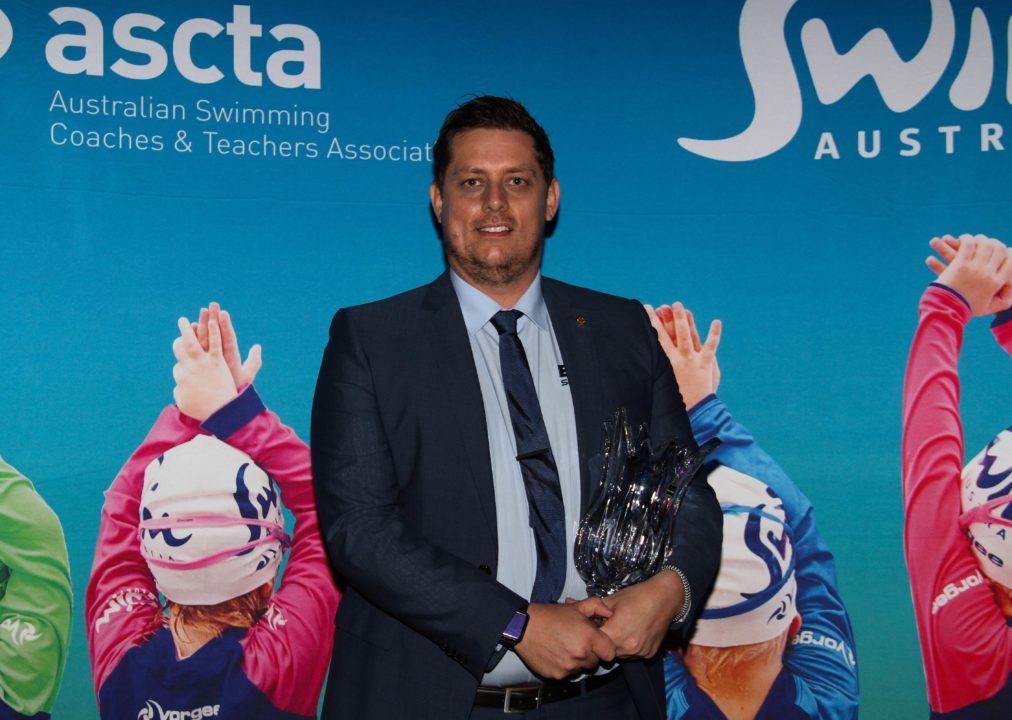 David Lush, coach of world champion and Olympic medalist Emily Seebohm, has been named 'Coach of the Year' by the Australian Swimming Coaches and Teachers Association. Current photo via Darrin Braybrook (ASCTA/Swimming Australia)

David Lush, coach of world champion and Olympic medalist Emily Seebohm, has been named ‘Coach of the Year’ by the Australian Swimming Coaches and Teachers Association. Lush is based out of Brisbane Grammar and, at just 37 years of age, is one of the youngest ever recipients of the prestigious honor.

Seebohm joined Lush back in 2015 after her former coach, Matt Brown, took another job in Melbourne. At that year’s World Championships, Seebohm became the first-ever Australian 100m/200m backstroke dual champion. Although she came away without an individual event medal in Rio, Seebohm, raced back with a vengeance in Budapest, capturing her nation’s only individual World Championships gold by winning the 200m back. That significant performance also earned Lush the ‘Outstanding Achievement’ award.

Another notable name of Dean Boxall was recognized as the Australian Age Group Coach of the Year. The St. Peters Western leader has Mitch Larkin, Ariarne Titmus Clyde Lewis and Jack Cartwright all under his tutelage. All performed very well at this year’s Commonwealth Games, with Larkin snatching up 4 individual golds and Titmus winning the 400m and 800m freestyle events.

Also awarded by the ASCTA was Robbie Van Der Zant of Yeronga Park, who claimed Multi Class Coach of the Year honors for his efforts with Paralympian Rowan Crothers. Michael Sage took home the ‘Open Water Coach of the Year’ award after success with his top athlete, Chelsea Gubecka.

All those recognized by the ASCTA this past weekend: