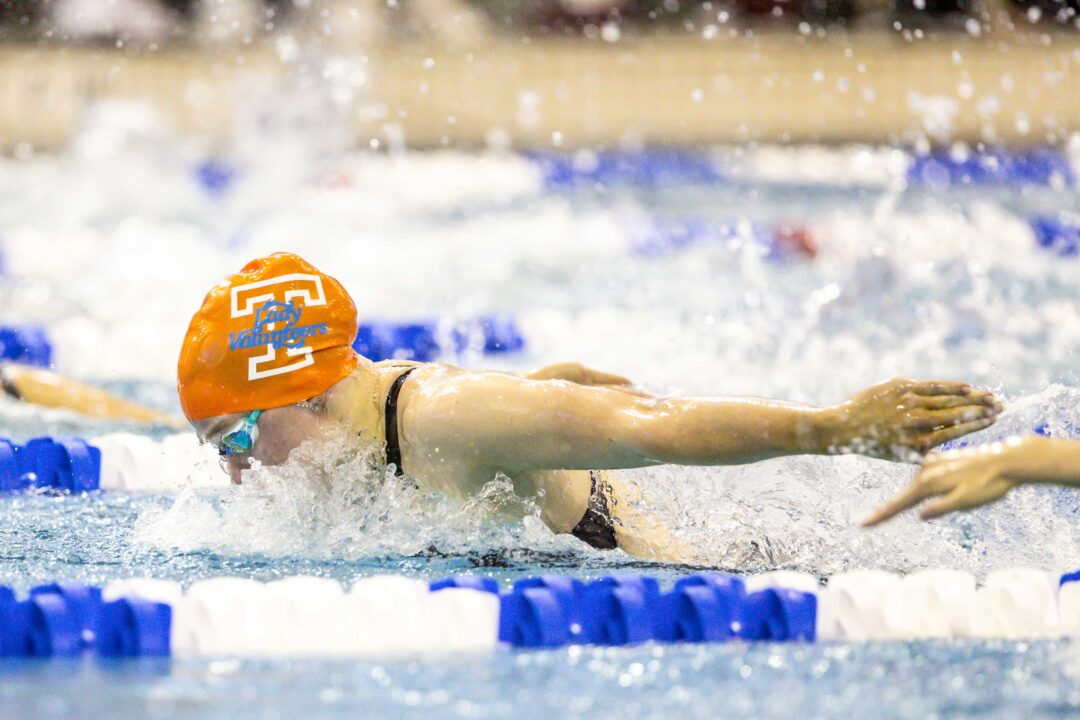 Sophomore Ellen Walshe will be staying home in Ireland taking classes online for the fall semester but plans to return to Knoxville for the winter semester.  Stock photo via Jack Spitser/Spitser Photography

Tennessee women’s swimming & diving will be without one of their stars for the first half of this NCAA season. Rising sophomore Ellen Walshe will be staying home in Ireland and taking classes online for the fall semester but plans to return to Knoxville for the winter semester.

Walshe is reportedly home for the semester tending to her personal health. The move comes after Walshe was pre-selected to Ireland’s teams for the 2022 World Championships and European Championships this summer but declined her roster spot on both teams.

As her times show, she’s an incredibly versatile swimmer who can contribute to her team in any number of ways. She helped Tennessee to a 2nd place finish in the 200 medley relay at SECs, splitting a 22.93 on the fly leg. She also split 1:44.06 on the 2nd leg of Tennessee’s SEC 800 free relay, which went on to win in 6:56.81. On the 400 medley relay at SECs, Walshe threw down a 49.75 fly split, which was the fastest fly split in the event by well over a second.

Tennessee won the SEC women’s title in decisive fashion last season, bouncing back from a 5th place finish in 2021. Walshe was their highest scoring athlete at last year’s SECs.

I hope everything is ok! Also, that she gets the help that she needs.

How are people even down voting this?