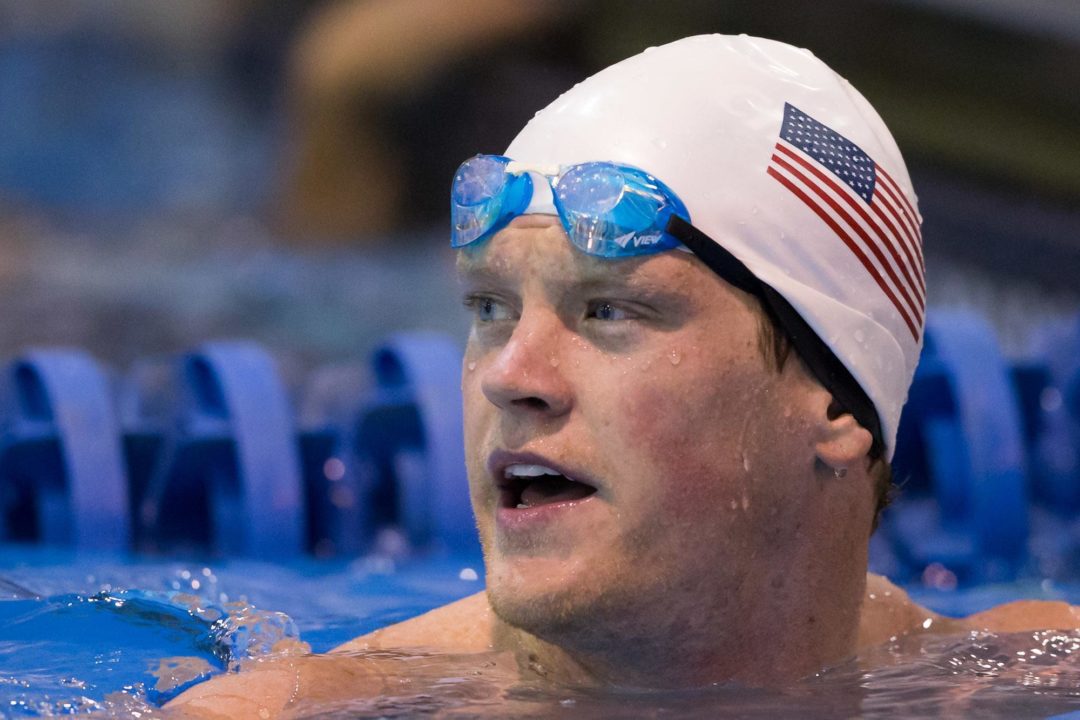 Josh Schneider nearly snuck under 22 seconds in winning the 50 free this week at the Oxford Sectionals. Archive photo via Tim Binning/TheSwimPictures.com

Oxford, Ohio hosted its sectional meet from Monday to Thursday this week, with the Ohio State Buckeyes making some big noise along with New York Athletic Club sprinter Josh Schneider.

Schneider put up the meet’s most notable time, blasting to a 22.19 to win the 50 free on opening night. That’s just .02 off of Schneider’s season-best, which ranks him 3rd among Americans for the year.

The other eye-popping time was from Ohio State’s rising junior DJ MacDonald in the 100 breast. MacDonald has been on a tear this summer, smashing his own personal best in early July and doing it again here. MacDonald went 1:01.16, taking a half-second off his PR from earlier this season. Consider that MacDonald hadn’t even been under 1:02 heading into this season. He’s having a lights-out summer so far, and is now knocking on the door of a 1:00.

who won a pair of events over the course of the week. The German senior dipped under a minute in winning the 100 fly, putting up a 59.90 that won by two full seconds. She came back two days later to win the 100 free in 56.97.

Aliena Schmidtke, Halime Zulal Zeren, andTaylor Vargo also won twice for the Buckeyes on the women’s side, with Rowan Williams, Steffen Hillmer and Christopher Depietro doing so for the men.

1:01.1 untapered and unshaved for a giy who has not been under 1:02 before this Summer is a little bit ‘o nasty. This kid is a player next month for a spot on Pan Pac team.

Josh is my great nephew and I try to keep up with everything he accomplishes. I have a binder with all the things he has done over the year. Congrat.JOsh.