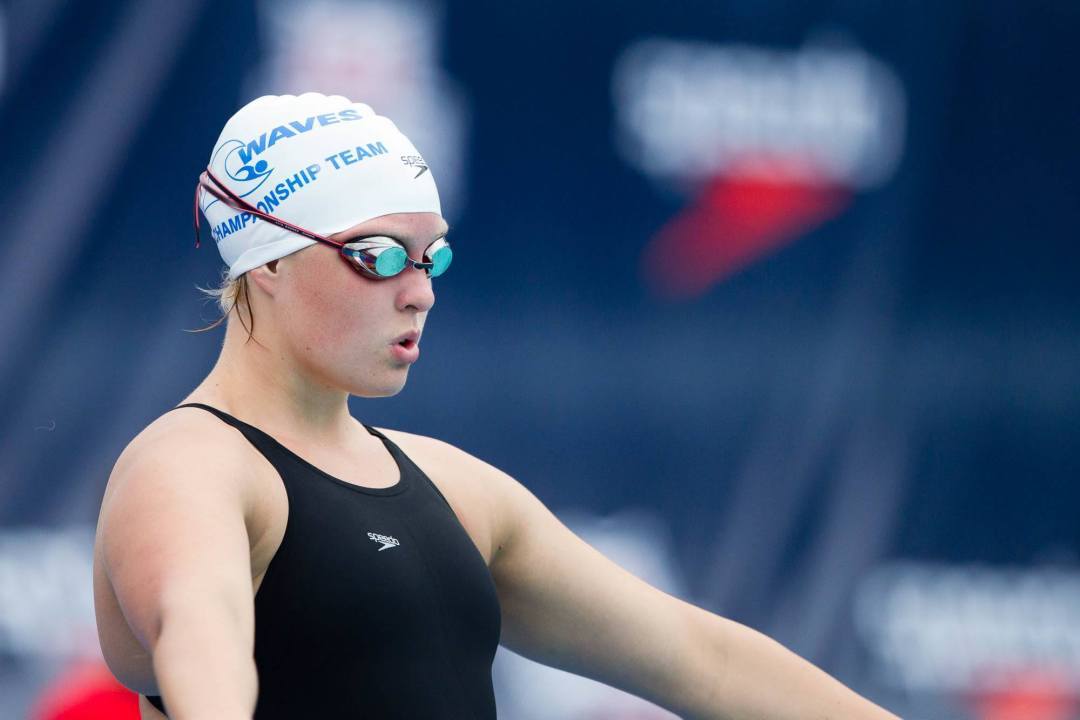 High school senior Emma Schanz was the story of the day on Thursday evening at the 2015 Federal Way Sectional Championship meet hosted in Federal Way, Washington.

The UCLA commit won back-to-back 200 yard races, with each coming in comfortable fashion. First went the 200 breaststroke in 2:09.03, which beat out Kimberly Williams of the hosting Bellevue club (2:11.35) by more than two seconds.

Those two swims are both lifetime bests for her by about two seconds, and the 200 breaststroke specifically is faster than any of her future UCLA teammates have been this season by four seconds.

These two events are grouped together at both the Sectional level and the college dual-meet level because it’s very rare for a swimmer to excel in the way Schanz does in both events. At the NCAA Championships, however, they are separated by the 100 free, and based on what she showed on Thursday evening, it’s conceivable that Schanz could take on this very unique double in college.

Also picking up wins in women’s races on Thursday:

On the men’s side of the pool, the King Aquatic Club boys started out slow, but finished with a bang by winning the last two individual events.

In the 200 backstroke, that win came from Thomas Anderson in 1:44.10, which is a new Summer Nationals cut for him. That’s his first Summer Nationals cut in short course, although he’s already qualified in long course (in the 100 back, which is also an Olympic Trials standard). That’s a welcome sight for the Arizona Wildcats, to whom Anderson has already committed even though he has a full year of high school remaining.

The dauy ended on a run of three-straight with a 1:31.49 200 medley finishing the day for King. That relay included both Anderson and Oh, along with Mitchell Hovis and Kevin Dang.

Those three wins helped lead King to the overall team scoring lead after two days. Their 468.5 points put them well ahead of the 2nd-place Fort Collins (298), 3rd place Bellevue (282), and 4th-place Jeffco Hurricanes (272).

Other winners on the men’s side on Thursday:

The meet runs through Sunday. Full, live results can be found here.