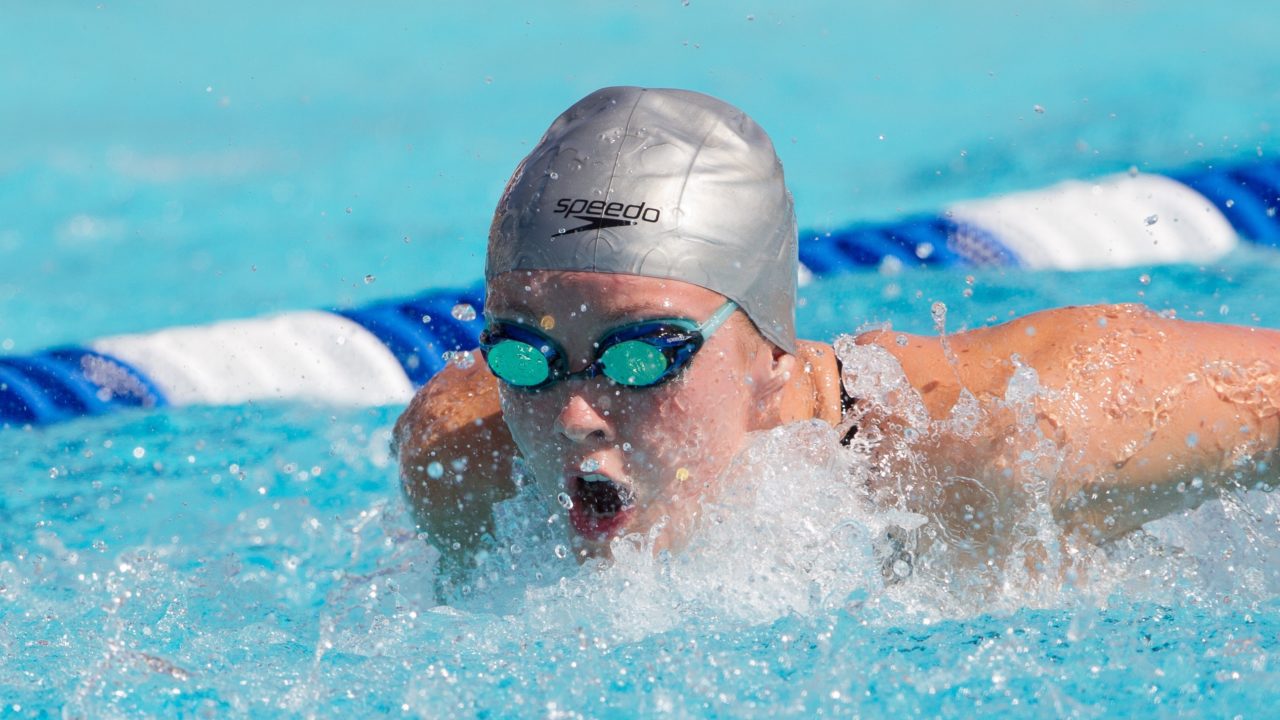 Sarah Haase proved why she's the top breaststroker in the class of 2012. (Photo Courtesy: Tim Binning/TheSwimPicture.com)

At the 2012 NCSA Junior National Championship in Orlando, Florida, an Olympic-year format makes both the preliminary rounds and the finals fairly notable. The morning swims will be done in yards, before the evening pool will be rotated to long course meters for finals.

We already saw one big record go down in this meet last night, and it probably isn’t the last.

In Wednesday’s prelims, Sarah Haase broke the minute barrier in the 100 breaststroke for the first time in her career. The Stanford commit is a National High School Record holder, and this swim makes her the only in the class (so far) to go under a minute in the event.

Rachel Bootsma won’t get a chance at lowering high school records as she’s sitting out her senior season to focus on Olympic training, but she did go a lifetime best in the 100 free in prelims with a 48.78. That time will help Cal in a big way in replacing the loss of their top sprinter Liv Jensen next season. Curl-Burke star Janet Hu, still only 16, took 2nd in that race in 49.56, followed by 15-year old CarolineMcTaggart in 49.72.

Jack Conger out of Rockville-Montgomery is clearly not overly rested for this meet (he put in a big rest for the recent DC-area High School Championship meet), but his top seed in the 200 back of 1:42.37 is still hugely impressive for a high school junior.