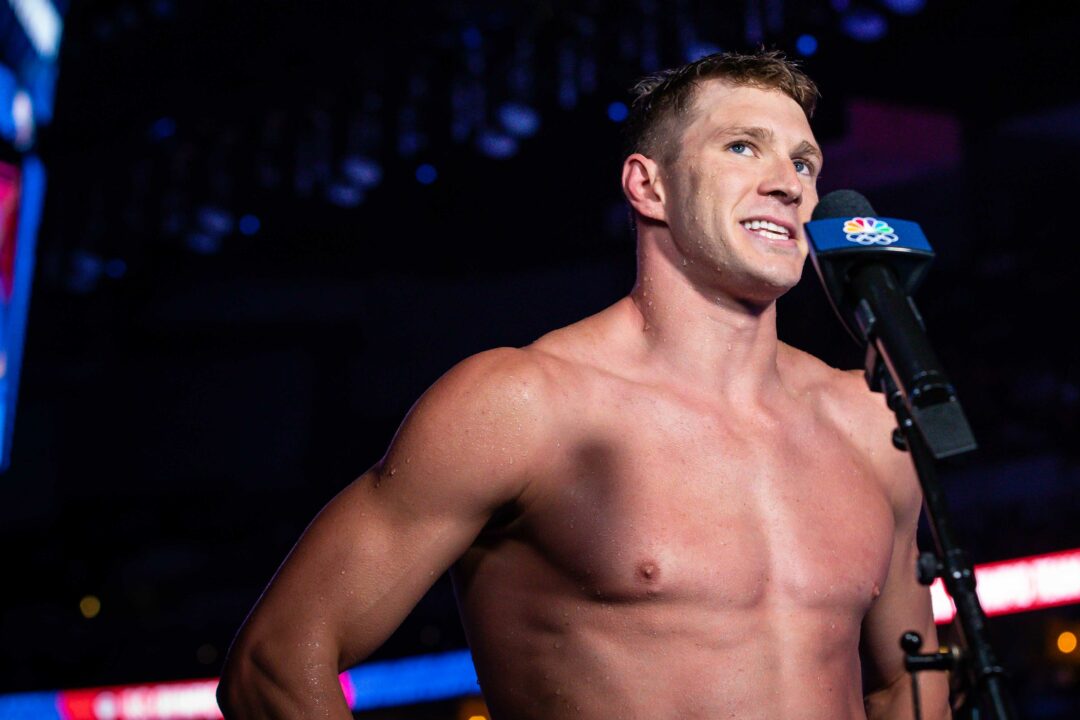 Murphy and Konttinen began dating while both were student-athletes at Cal, as Konttinen was a varsity rower for the Golden Bears while Murphy was winning national titles in the pool. According to a five-year anniversary Instagram post late last year, the two have been dating since November 2016.

Murphy, 26, won triple gold at the 2016 Olympic Games in Rio, sweeping the men’s 100 and 200 backstroke events while also leading off the American team to gold in the men’s 400 medley relay. On that leg, Murphy broke the world record in the 100 back in a time of 51.85, a mark that still stands today.

The Chicago native won three more Olympic medals last summer in Tokyo, again leading off the U.S. men to victory in the 400 medley relay—this time with the team setting a world record—and he added a silver medal in the 200 back and a bronze in the 100 back.

Most recently, Murphy won the 200 back and placed second at last month’s U.S. International Team Trials in Greensboro, N.C., qualifying to represent the United States at the 2022 World Championships in Budapest.

Now it’s time to ask the bigger questions. Who had the better engagement scenery photos? Caeleb and Meghan or Ryan and Bridget?

There go the legs.

“Dating since November 2016”.
*Checks when Murphy’s best times were set

Out of pocket but true

Not married yet. One in a million chance!

After they get married we can say what was all that one in a million stuff!