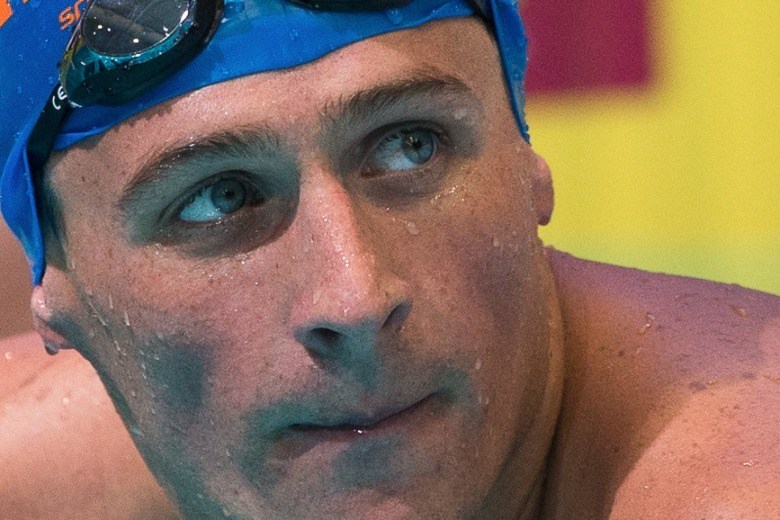 Lochte told the Charlotte Observer: "In my next swimming career, which started this morning, I want to train for some sprint events now.... I'm not done yet. I think there's a lot more I can accomplish in the sport of swimming. I want to take my swimming to a new [level], and I want to bring it here to Charlotte." photo via Tim Binning/TheSwimPictures.com

14 U.S. Senators signed a letter to FINA President Al-Musallam, urging him to reverse the ban on caps designed for natural Black hair at the Tokyo Olympics.

Read the full transcript of the IOC President’s speech from the Tokyo 2020 Opening Ceremony earlier today, given by Germany’s Thomas Bach.

SwimSwam reported that Ryan Lochte has Landed in Charlotte, but no official announcement had been made by Lochte about his plans to stay and train at SwimMAC under legendary coach, David Marsh.

Today Scott Fowler at the Charlotte Observer reports Lochte has committed to staying in Charlotte through the 2016 Olympics. He will be 32 by the time those are held. There would be only one reason why he would leave Charlotte earlier than that.  Lochte said:

“I’ll be here through 2016, unless something happens where I start doing really bad in the sport. Then I’ll have to go back to where my swimming career started, back in Florida. But I don’t plan on getting any slower — 2016 is my biggest goal. I want to stick it out here and see what me and David Marsh can do.”

Since the 2012 Olympic Games in London, Lochte’s been vocal about his desire to swim shorter races and focus on his speed. Greg Troy’s University of Florida Gators, where Lochte spent his entire elite career, is known as a hard-driving program geared more toward middle-distance.  Coach Marsh at SwimMAC has a reputation as a speed magician. His elite program operates like a high intensity training machine. Many of the athletes that come to Marsh already have a substantial base of training under their belts. With that base in place, Marsh conditions his pros, and they are truly professional athletes, to swim high in the water and at race pace. That’s it. That’s the focus of the program. SwimMAC, under Marsh’s watchful eye, is one of only a few programs in the United States that caters to older elites’ training needs.

“In my next swimming career, which started this morning, I want to train for some sprint events now…. I’m not done yet. I think there’s a lot more I can accomplish in the sport of swimming. I want to take my swimming to a new [level], and I want to bring it here to Charlotte.”

Lochte’s already made in-roads in the 100 meters butterfly, ripping a 51.48 in the semi finals at the 2013 FINA World Championships. (He was 6th in the finals with a 51.58.) Lochte’s 100 backstroke is a threat, if Marsh’s speed magic works, and history tells us it will. Nick Thoman’s Olympic silver medal in the 100 back is evidence enough.

See a SwimSwam inside look at the SwimMAC training machine here:

Hurrah!! I think that this is a positive change for Ryan Lochte and for his bff Cullen Jones too. Hopefully they can keep each other on track for Rio 2016. I am really interested to see what changes, if any, Coach Marsh will make to Ryan’s training and technique.

I can’t figure out what this means….

0
0
Reply
Me
Reply to  aswimfan

Means everyone knows he likes a good piece of arse. Or ten.

Looking forward to and excited to see what the environment at SwimMac will do for his 200IM and 100s, especially helping him hammer home the 100 free on that free relay if he is to be a part of it in the future.

After seeing Davis Tarwater go 19.3 in the 50 yard free, I’m thinking Lochte’s going to put down some incredibly fast sprints over 2014-15.

Ryan, this is such an amazing decision. David is, in my opinion, the best coach in the world of swimming!! He had me swimming at speeds in practice that I didn’t know I could achieve in a championship meet. He instills confidence and is top notch at the mental game. I project 3-4 World Records for you in Rio and 7-8 gold medals!! I am going with the 100/200 back, 200IM & 100 Fly (that one will be the toughest World Record). And of course, all three relays. The gold in the 100 Free will be challenging as well, but the 200 Free could be another WR. Pretty exciting and kick ass my friend. Swimmingly, Keith Dennison (former swimmer under… Read more »

Are you serious about the 3-4 world records and the 7-8 gold medals? 😯

I would not take serious at all any chance of Locthe even Quali for 100 free and medalling at 200 (If Agnel Park Izotov and Sun and the new australians are there.. sorry for Mr Locthe.. even withotu Park and Sun he did not medal)

I think Keith Denninson just might be Lochte’s biggest fan and most delusional as well. For starters he won’t even be in the top 2 in the 100m free at trials with Adrian, Feigen plus all the young talent we have coming up. Forget the 100m back as that event has passed him by since he isn’t capable of a 52 flat and the 200m back is going to be tough without the endurance training.

The best chance is for Lochte to pick 2 events and go for it. Given the weak state of the 100m Fly I would say that and the 200m IM along with a couple of relays would make for a nice haul in 2016. Maybe… Read more »

0
0
Reply
Me
Reply to  aswimfan

He should stick with the IM, but not the backstroke

Why didn’t he just go to club Trojan? I will say that at USC it is even more emphasized on speed and power. In addition, he will training with more elite athletes that swim sprint events.

He says in the interview that he knew he wanted to be in a city, but not a huge chaotic city like LA or New York where there would be too many distractions.

He is the reigning World champion in the 200 back and won in Barcelona soundly on 11 weeks of training with a faster time than he swam in London when he was in much better physical shape. I could see if it conflicted with the 200 IM at the Olympics but otherwise, why wouldn’t he continue to swim it?

He is definitely still good at it. The thing is the younger guys are catching up. Murphy and Conger just entered their freshman year of college. Who knows if they’ll surpass Lochte in the next couple of years. By 2015 worlds maybe not, considering they would have to qualify this coming summer. I can see Lochte still winning it there but by 2016 Olympics he could have a lot more competition

Does this mean no more 400 IM? Seeing that Lochte scratched that event from World Championship Trials.

Josh P. – that’s the conclusion that I would draw if I were reading between the lines, though haven’t actually heard/read him say that.

Which, honestly, seems like a good move at this point in his career.

I agree. What we learned in London is that if your name isn’t Michael Phelps…the 400 IM has to be your primary event, or not at all. Sucks out way too much energy if you’ve got 4-5 other events with medal possibilities.

And if you don´t train for 400 IM even if you are Phelps you will have a pretty hard time on that one..

He may quali for 400 IM on olympics.. but without training for that.. he will suffer a lot.. and if he trains.. it will pretty much drain him (If he continues to try the indivisual 200 free even more )

Phelps should have dropped the 400 IM before London. He did say back in 2008 that he would not swim it again! Deep inside he knew. I still marvel at how Lochte managed to be the best in that event at 28 years of age. That is one late bloomer!

He was owesome in London and near the WR of M. Phelps . Probably one of the fastest times ever on the distance .

Maybe he could have got closer to it if he did not eased on the last 50m on freestyle.. and there was no one pushing him.. but maybe also taking a little extra effort there could downplay later on the OG..