Ryan Held Follows Saturday PBs with a 48.6 in 100 Free on Sunday in Birmingham 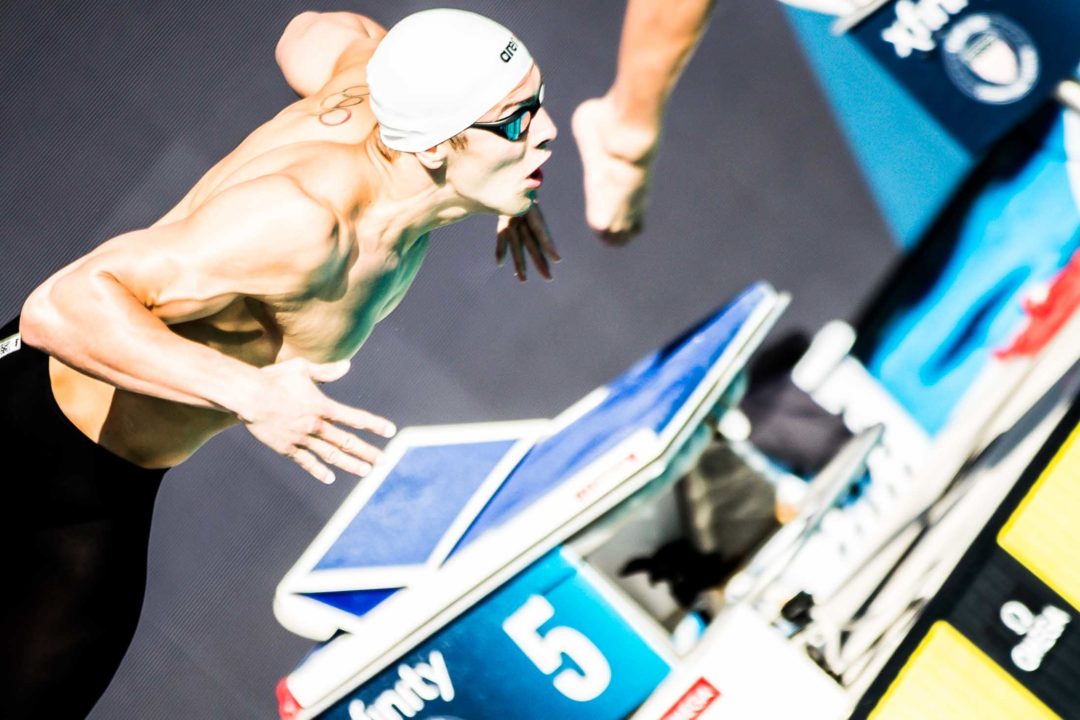 Olympic gold medalist Ryan Held swam 48.6 in the 100 meter free twice on Sunday, though only one of those swims will count as an official race Archive photo via Jack Spitser/Spitser Photography

After swimming lifetime bests in both the 50 free (21.62) and 200 free (1:49.12) on Saturday, there was a lot of anticipation about what Olympic gold medalist Ryan Held might swim on Sunday in his specialty event, the 100 free, at the Iron City Invite.

Ultimately, though, Held came up short of his best time, swimming 48.68 in the 100 free. He swam 47.39 at the 2019 US National Championships after missing the World Championship team that year.

In his second swim of the day, which was an entry in the 100 fly, Held took a DQ and swam a 100 free, touching a little better in 48.61 (though that time won’t officially count in any ledgers).

Still, Held’s 48.68 was the fastest time by an American this weekend, ahead of the 48.74 done by Nathan Adrian and the 48.82 done by Caeleb Dressel in Mission Viejo at the Pro Swim Series stop.

At the three major European meets this weekend, only Dutch sprinter Stan Pijnenburg was faster. He swam a best time of 48.63 in Eindhoven, Netherlands.

The runner-up in the 100 free was Held’s training partner Ali Khalafalla, who swam 50.69. That’s about a second-and-a-half slower than his best after breaking the Egyptian Record in the 50 free on Saturday. University of Alabama swimmer Andrew Shea swam a best time of 51.12 for 3rd place.

Khalafalla then swam a 54.00 in the 100 fly, which knocked half-a-second off his previous best time in the event.

He’s looking good, it’ll be a battle for the individual spots for sure.

I had expected better based on the 50. If you are able to interview him I would loved to hear him talk about the 50 vs the 100 at this meet.

This is a good sign though. It’s his fastest 100 free time outside of summer taper meets – in 2019 he was 48.70 in April. The ability to bring it home and all that will come when he tapers. With experience from making the team in 2016, he will be awesome at Trials.