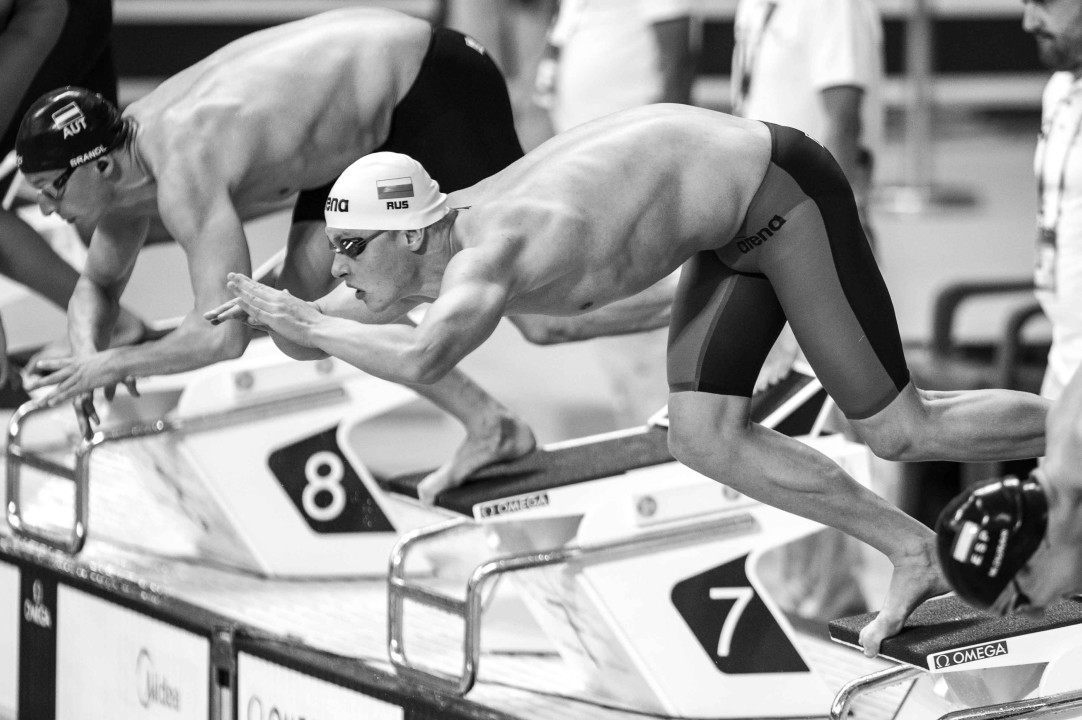 Alexander Krasnykh will be among 21 Russians competing on the Mare Nostrum circuit in early June. Archive photo via Mike Lewis/Ola Vista Photography

The full rosters for each stop are as follows:

The two men the Russians are sending to Monte Carlo are butterfly specialist Evgeny Koptelov and breaststroker Vsevolod Zanko. Koptelov won three gold medals at the 2015 World University Games, including wins in the 100 and 200 fly. Zanko was honored after the Russian Olympic Trials in April for putting up the highest number of FINA points in a race, done in his 100 breast (59.72).

On the women’s side in Monte Carlo they’ll have Svetlana Chimrova and Anastasia Fesikova, both of whom had successful showings at the Olympic Trials as well. Chimrova swept all three fly events, while Fesikova won the 50 back and was the runner-up in both the 100 and 200 back.

All attending the series will swim in Rio, including Fesikova who was named Russian team captain.

Koptelov and Chimrova will not attend the second stop, and eight men and eight women will join Zanko and Fesikova. Among those are Anton Chupkov and Alexander Krasnykh on the men’s side who were both finalists at last years World Championships, as was Veronika Popova and Daria Ustinova on the women’s side.

The final stop will also have nine men, with Zanko not competing and freestyle specialist Danila Izotov coming in. The women’s team in Barcelona will be exactly the same as it was in Canet-en-Roussillon minus Fesikova.