Russell, Main Win a Pair-a-Piece on Day 2 of All-Florida Invitational 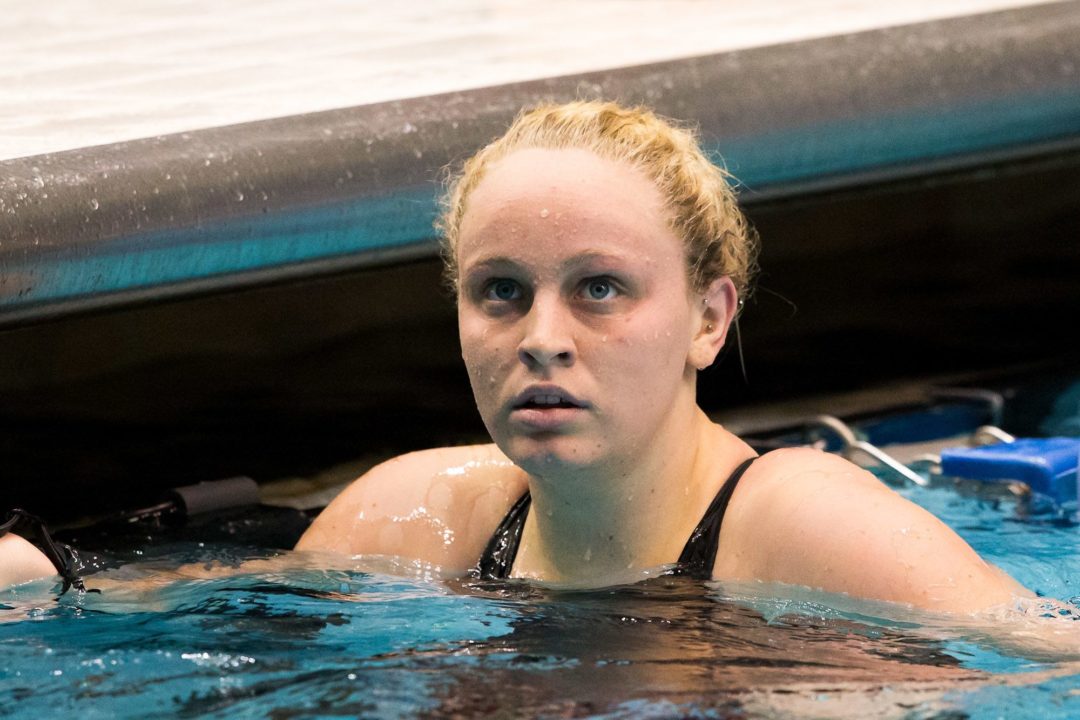 Florida's international swimmers did a lot of damage on day 2 of the All-Florida Invitational. photo via Tim Binning/TheSwimPictures.com

The Florida Gators swept the events on day 2 of the 2013 All-Florida Invitational in Gainesville, Florida, including some big results from some of their young internationals.

New Zealander Corey Main began the session with a win in the 100 yard back in 47.70. He was a mid-season addition for the Florida men last season, and now with a full year to train, there’s big pressure on him to contribute both in the medley relays (he led off Florida’s 400 and NCAA’s, but was the slowest in the A final) and the freestyle events.

On the women’s side, Canadian sophomore Sinead Russell took the same double, winning the 100 yard back in 54.40 and the 200 yard free in 1:48.16. After a very impressive freshman season, those times are both a bit faster than she lead-off her freshman campaign with (last year she was 54.5 and 1:48.8 in the same events).

Rousseau just out-touched Eduardo Solaeche-Gomez from Spain, who was a 3:49.47 for 2nd.

In non-Gator swimming, Florida Gulf Coast’s 200 medley relay seems to be performing as well as many were afraid they might. They took 2nd in 1:43.31, and were really on Florida’s heels the whole way. That includes topping Florida State’s 1:43.72. The Seminoles had an explosive 22.50 anchor from Kaitlyn Dressel, older sister of Caeleb who broke two National High School Records on Saturday.

The Florida State men, who broke the ACC Record in the event last year, took 2nd in the 200 medley in 1:29.75. They were actually leading Florida in that race, but Paul Murray was a bit off on his anchor leg, clocking only 21.02 anchor if you believe the timing system.

Werner had surgery I believe and didn’t Troy recruit 7 of the 10 top recruits form the state of Florida 3 years back – some of which are not in the program anymore.

There’s no doubt that UF has great international swimmers. What the article failed to mention (shocker) is that Matt Elliott performed well and so did Brad deBorde who split 19.69 twice on relays

What happened to Pawel Werner?

Florida’s men’s roster has 8 internationals and 28 Americans. I do not count D’Arrigo as international even though he currently swims for Italy as he’s lived in Gainesville for well over a year now and also has dual citizenship with the US. It’s a pretty balanced roster. It just seems like it isn’t because they have a nucleus of guys who have developed into absolute killers (Cieslak, Rousseau, Wallace, Main, Werner, Solaeche-Gomez) and most of them are ridiculously versatile swimmers. They’ve also been added gradually. Cieslak and Rousseau are seniors, Wallace and Solaeche-Gomez are juniors, and Werner and Main are sophomores.

Unless Florida can notch someone like Gunnar Bentz in recruiting (he swims the right events for UF), I… Read more »