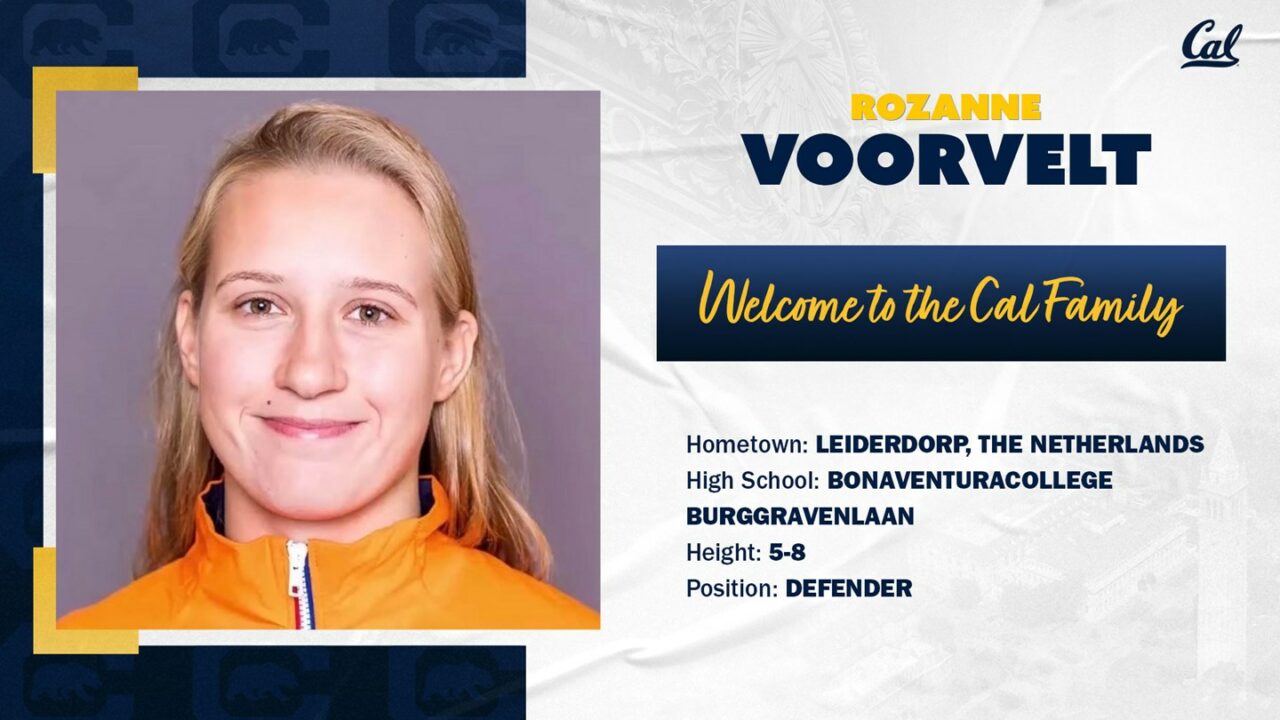 Voorvelt helped the Dutch win the gold medal at the 2018 European Championships and the silver at the 2018 World League Super Final. Current photo via Cal Athletics

Rozanne Voorvelt, who has been a member of The Netherlands national team program since 2015, has signed a National Letter of Intent to play women’s water polo at Cal, head coach Coralie Simmons announced.

Voorvelt helped the Dutch win the gold medal at the 2018 European Championships and the silver at the 2018 World League Super Final. She was also part of the team that competed at the 2019 World Championships.

“Rozanne will bring elite play to both ends of the pool,” Simmons said. “But what makes her the complete package is her poise and calmness in the water. We look forward to watching her navigate our defense and take the reins on offense. Rozanne’s focus and work ethic as a student-athlete will guide our team to new heights.”